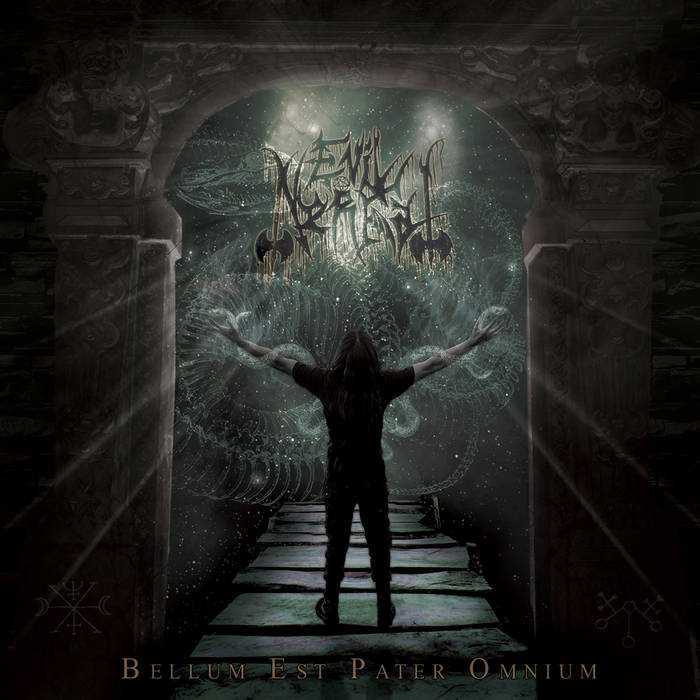 The album starts off and ends up with overtures of Ludwig Van Beethoven which are eternally glorious moments of European classic music, ever. All in between songs are aggressive style of black metal from this satanic Colombian black metal act. Also, part of this record has been inspired by other geniuses; Bach, Tchaikovsky, Chopin...

Fast songs and merciless drum blast beats are their way to manifest demonic side of the music that comes with very raw and harsh sound. But it`s just part of what they do because with terror and death upon the music they try to involve few melodies into momentum of the songs. They also try to reason their blood spilling and sharp guitar riffs, to be able to compose more complicated arrangements that still fits to their radical black metal. I even would like to compare some of their guitar varieties to classical music which are shortly represented by some dynamics, tempos in the tracks... However, it`s still sounds just like black metal.
Vocals (I think that those few experimental moments with "normal" vocals sound pretty cool) and music overall are ferocious but they succeed to escape from monotony of music while so many other albums don`t. Philosophical and very offensive content of the lyrics, the one  could close in one sentence - “All Hail To Darkness”. It`s general message of this album for those ones who might listen to it. A song with sweet tile - Fuck Off Jesus Christ reminds me of Sarcofago mixed with Marduk while other tracks are influenced by Mayhem, Sectasys but music still have identity of this Colombian band.

Content of this record is satanic and evil which, of course, is surrounded by South American shadows upon the concept of the music.