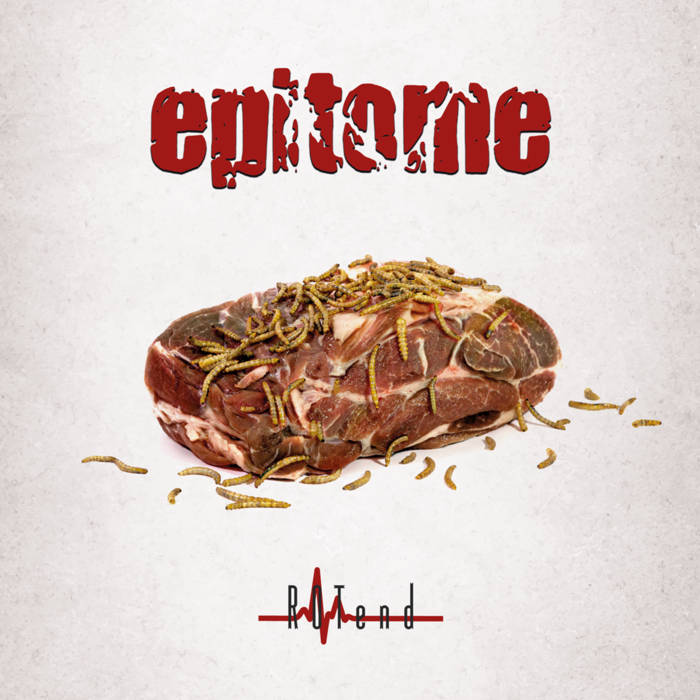 8 years Epitome asked us to await for their new album. Just to remind you - I consider their Autoe'ROT'icism demo (released by Deformeathing, probably on all formats ...) to be the absolute classic of grind core, equally good as early Carcass or Dead Infection albums! The songs Preachers Of Turmoil, Pathomechanism and Left For Dead from ROTend remind me of that period in history of the band that I appreciate the most.
ROTend of Epitome is in style of the band and songs are associated stylistically to their latest albums, but, the band also has returned a bit more to their roots (second demo and first album) when comes to song-writing..
First part of the album are chunky grind riffs ( Mental Rampage - Mental Carnage) that are supported by fast blast beats, but the music is not always fast at all times, which I think is appropriate. The songs are balanced - simply played but ideas for brutal music are therein and I enjoy those head-crushing riffs.
The album goes with the right amount of lively grind riffs, a bit of schizophrenic character, with a few twists and turns, everything from smashing riffs in moderate tempo to fast tempos with sick vocal variations (Infestation Of A Wormic Soul). Epitome plays grind core armed with death metal sound and crispy distorted bass, just like other Polish bands - Squash Bowels or Straight Hate did or do. ROTend represents Polish school of grind core, the band is completely different from Napalm Death, which of course is good because I just appreciate the Polish grind core school as a separate phenomena.The first part of this album is more like that, the second part is more clinical, psychedelic and faster. Tracks from 10 to 17 remind me of the times of Autoe'ROT'icism demo and SupeROTic Performance album, which both I consider to be the essential Epitome style. As for me, best songs in this period of the album are Die! Motherfucker! Die!, Preachers Of Turmoil, Left For Dead...
ROTend by Epitome represents good quality of musical extrema.
​Tracklist: