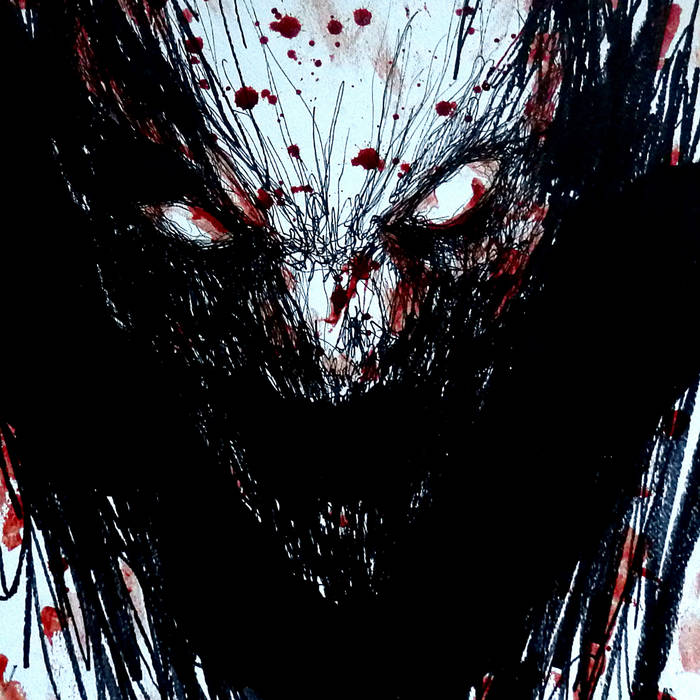 ​The new Enoid album is in French, the project comes from Switzerland, its founder is  Bornyhake who wrote all music.

Production of this record is very murky and obscure. Once I pressed a play button on the CD player, the darkness falls immediately. The pitch of instruments is odious; rhythm guitar sounds the creepiest. The album has some rhythms  that remind me (not that obviously) something from “The Return...” of Bathory, some similarities I hear there in sound and music are in songs like Dans Le Pays De L'oubli and Ses Crocs Plantés Dans Ma Chair. These tracks have its faster and slower moments. An one half of the song Est-Ce Mon Corps? Est-Ce Mon Visage? has some hideous black metal riffs, second half is gloomier in the core, with brighter guitar lead in the middle of it. Album overall sounds rough and many times, Enoid leans toward Nordic black metal when comes to guitar ideas, for example in a track called Le Silence Et L'obscurité Règnent...
Tous Ces Maux Que Je Vomis starts off slowly, but what come next is just black metal massacre and more creepy riffs in the way... Je N'existe Que Dans La Souffrance is a mixture of faster, chaotic black metal which is not that good, with some intense and blistering black metal riffs which sound much better.
The third song on the track list is Je Ne Volerai Plus Dans Les Cieux, and this one has long-drawn guitar leads that perhaps sound a bit more melodic,  which is noticeable difference in music of Enoid, because this album is usually just so bleak and cold...
Nice musical turn of the record is an instrumental Le Regard Blanc – slow, epic and atmospheric song.

Négation Du Corps is very raw, more common black metal album that doesn't stand out among other this type of records. It`s good for what it is, but I think that these songs and this unpleasant dread in music of Enoid deserve better sound that this album has now. No excuses.
​Tracklist: