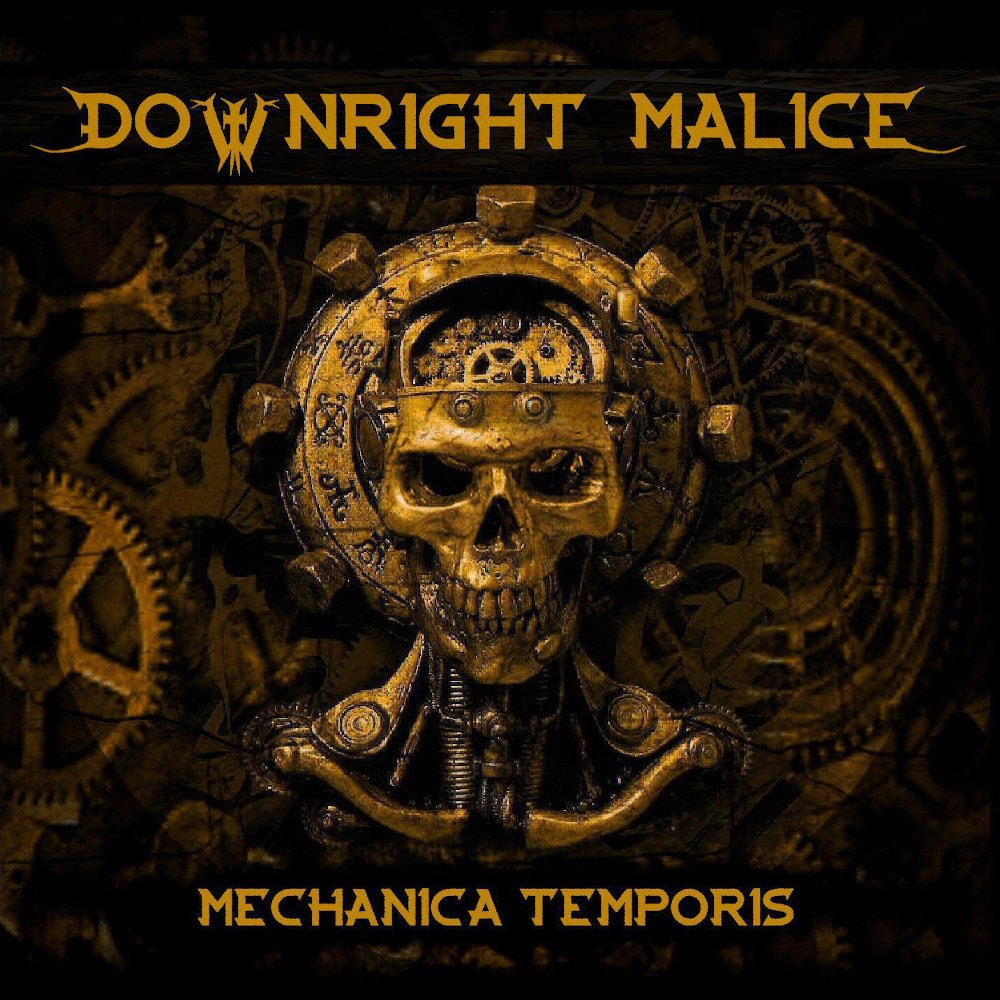 Now is time for older French band Downright Malice, founded in 1987. The band has a 5 albums, the last one,  Mechanica Temporis was released in 2021.

Downright Malice moves smoothly between many metal styles. It is worth to mention that in one song (f.e in Downright Malice) you can hear thrash metal with melodic vocals, and typical death metal riffs and growls. Although I must mention that vocally, I`ve  heard at least four ways the vocals were approached in the album, which says that there are a lot of cool things going on in songs when it comes to singing diversity. For example, two types of vocals were tracked together in the studio sometimes, and the singer was changing his singing style, several times within one song.
Musically, there are frequent changes of pace in music and energetic, catchy  guitar arrangements (Malleus Maleficarum), including guitar harmonies and groove (I See The Dead). There are fast thrash metal songs that come close to melodic heavy metal but still, it is surely not a pure heavy metal style when I think about song like You Can Pray. The strength of the band are guitars and vocal melodies when they appear, which may appeal to fans of both thrash and heavy metal. So, the tunes in the album sound pretty good but music along is also effectively aggressive and just very metal (Parasite). The other attributes of the band are vigorous guitar riffs and warmth vocals (A Kick In The Anthill) . The little death metal influences (you know it when you hear it) in this album, don't necessarily sound that good, but death metal is in minority in music of Downright Malice (harsh vocals are more in the vein of it). The band also treats keyboards as important instrument in the music - you can hear its sound often, and it`s a bit like listening to thrash with some doom metal influences (A Time For All), but definitely melodic lines played by a keyboardist sound more vivid, however quite simple. Some speed metal guitar shredding that the band plays from time to time is another bright side of the album. I think there is some archaic, 90`s metal style in blood of the band, which is the song entitled The Book. Melodic and heavy stuff is in the track Sin Of Pride - once again those keyboards are so doom metal, as if it was 95.

There is a lot of cool metal on this album and I like it when bands like Downright Malice put emphasis on melodies and a lot of musical variety.
​Tracklist:

1 Downright Malice
2 You Can Pray
3 Malleus Maleficarum
4 Parasite
5 Virtual Reality
6 I See The Dead
7 A Kick In The Anthill
8 A Time For All
9 The Book
10 Sin Of Pride
Review by Slawek Migacz
​Added: 16.09.2021
Downright Malice Facebook