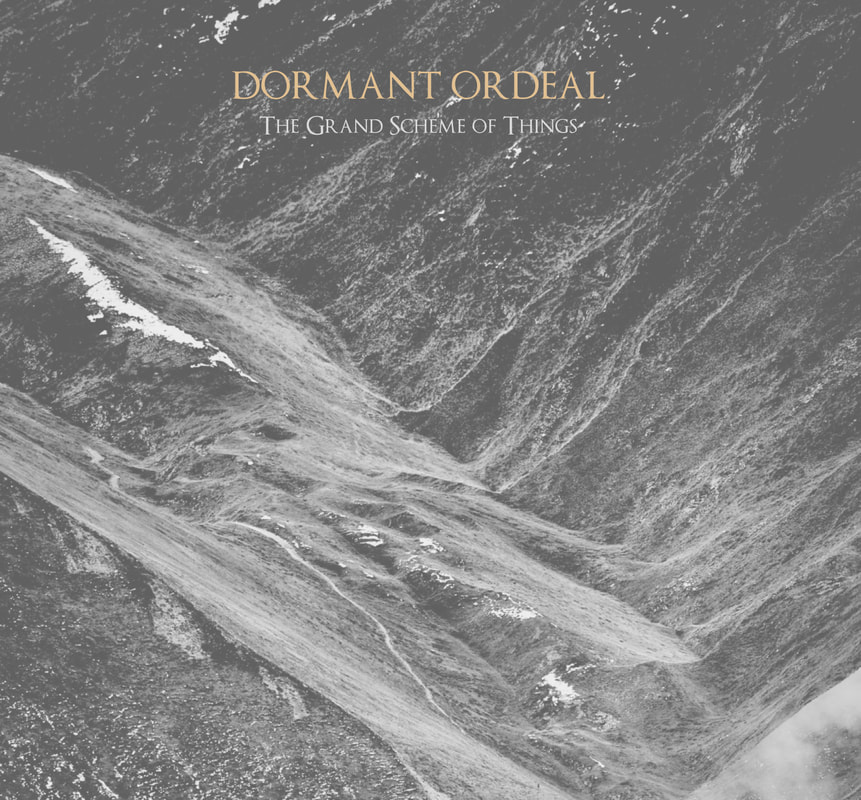 As announced, more music from Krakow/Poland - my home town, just arrived, and here is a review of The Grand Scheme Of Things album by Dormant Ordeal.
Those characteristics are certain about this record... This band plays fast and they are extremely brutal but their musicianship is very precise.  They do not waste time for thinking, already track called At the Garden’s Gates is a blasting storm of fury and destruction. Brutal death metal shredding turns periodically into high pitched black metal as in the beginning of the song, and it`s a statement from the band that hell on earth may exists, thanks to people.
Poetry Doesn’t Work On Whores is even faster and more merciless death metal than in the previous track.  Dissonant guitar work and blast beats coexist perfectly in black and death metal environment of punishing riffs and crushing sounds. Fans of Hate Eternal, Morbid Angel should check this album out. Death is coming in form of quality music!
This album always feels a bit death and black metal, but fury and intensity with which Dormant Ordeal plays their music is quite impressive. Songs Bright Constellations and Here Be Dragons, both just proof that speed of light was their invincible friend when they were recording the album, so fast and so relentless they are.
Letters to Mr.Smith is kind of technical death metal with few guitar harmonies, and yeah, they have that swarming guitar groove in their songs, which is my favorite element in black metal. Mix of Mgla, Behemoth, Gorguts, Vltimas. Portal - not only in this song I recognize these influences.
Still very fast in track Let the Light In. Brutal, plus minor melodies, plus ferocious guitar dissonances and massively killing sound is all. Pummeling drumming on this album is off limits, vocalist just follow the trails of musical brutality, although he is important factor to harsh character of their songs.
If you survive to this point, after listening to the song entitled Sides of Defence, you shall feel like you were just hit by a baseball bat in your head.  Enormous amount of blast beats and ultra brutal riffs from this band is something that never let you rest, but I do not want to, they keep it interesting when comes to ruthless music ideas and performance of songs.
The Borders of Our Language Are Not The Borders of Our World is finally a bit slower song, with more craft and harsh but well arranged guitar distortions/groove that gravitate in more spacey orbits.

Production of the album is solid: JNS Studio (Antigama, Hate, Riverside, Lost Soul, Imperator), music is definitely too. I think that The Grand Scheme Of Things will appear in many lists for best albums of 2021. Check this beast record out, the band deserve your attention.
​Tracklist:

1. At the Garden’s Gates
2. Poetry Doesn’t Work On Whores
3. Bright Constellations
4. Here Be Dragons
5. Letters to Mr.Smith
6. Let the Light In
7. Sides of Defence
8. The Borders of Our Language Are Not The Borders of Our World
Review by Slawek Migacz
​Added: 02.12.2021
Selfmadegod Records Store/Dormant ~Ordeal