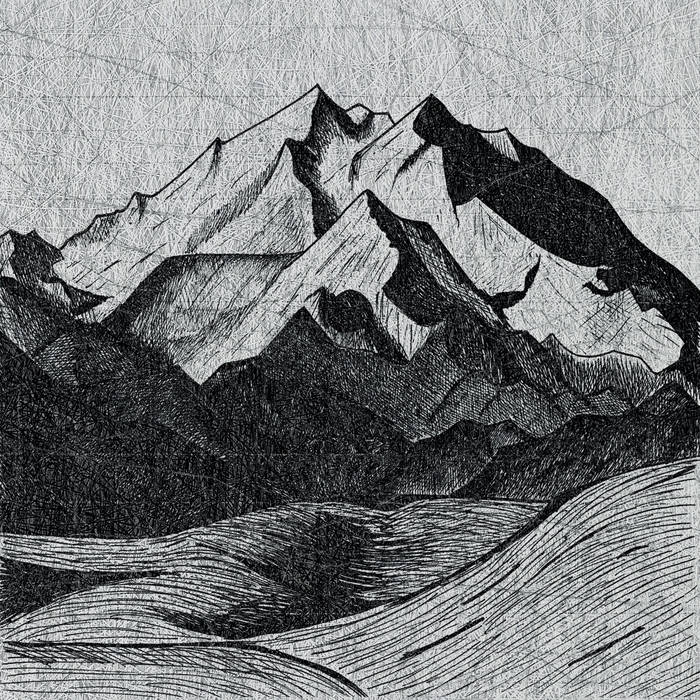 Donarhall is a one man project from Germany, leading by Gnev – all instruments. The band has already released 5 albums since 2017!

If you want to know how black metal sounds without vocals, listen to Helvegr, this is album of instrumental tracks only.

All starts off very slow. A doom metal Byrdh should interest funeral doom maniacs. While listening to this monolithic song, under my skin, I already knew what was coming next...
Blizzard and frost given guitar riffs in Vinda will freeze you in process of listening to this black metal piece. The track also consists of atmospheric bits.
Surely, much more atmospheric, groovy, black metal song is Hyrr - 3-ways guitar layers at times, 4 if wish to include bass to the picture.
Melodic, mid-fast tempo songs Heimr and Vagr sound similar to each other. Of course, both tracks also feature grim guitar work along with post-black metal shreds - by which I matched those songs similarities.
You can hear acoustic guitars and keyboards few times in the album that do sonically good job for the music of Donarhall.
Keyboards that sound very dark and those ones that imitate vocal chants sometimes, are part of Sunna which is incredibly dismal and atmospheric black metal song, probably highlight of the album. Probably”, because there are more tracks that I like (1,2,7,8).
The guitar storm is coming in Natt which is also performed on acoustic guitar. All together, the track sounds both harsh and atmospheric with Norwegian, German and other black metal influences which you can hear all over the album.
Heavier guitar track, with dim, melodic music glimpses are measured in Liflat.  The song sounds niche -spectacular in comparison to other tracks. Basically, music here is getting better from what was already good in the whole recording.

Album is tidily composed, songs are not too short nor long. I am glad that Gnev did not performed any vocals, who knows how it could have changed the quality of music which is now on good, desirable level already...

Helvegr is better than I initially expected it to be!
​Tracklist: