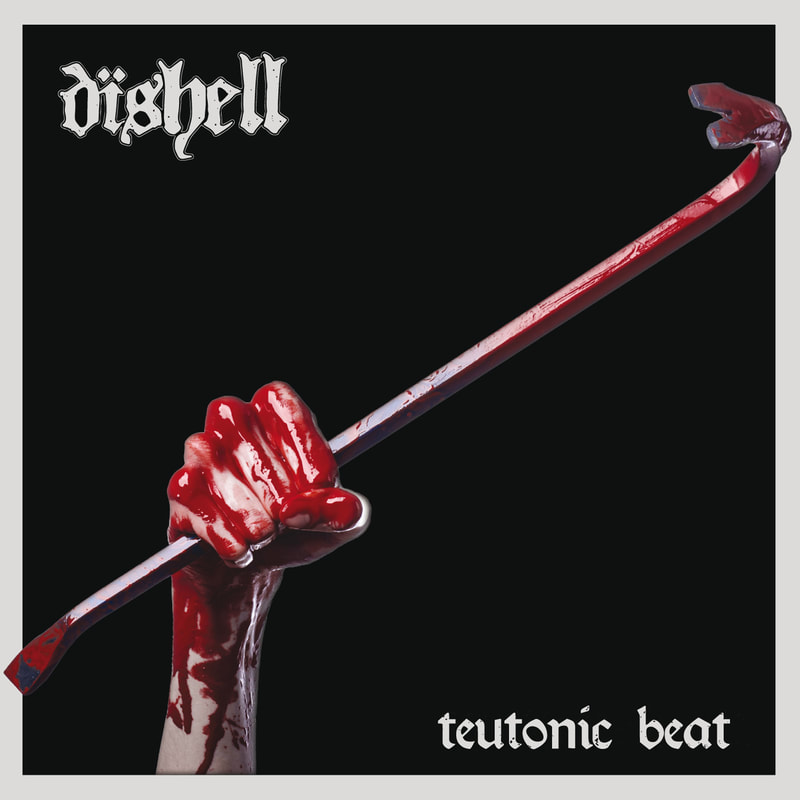 Dishell (POL) is another near-Krakow based band that I am going to review, and there is more music from my area coming up soon– so fingers crossed for more quality music!

I would describe a style of Dishell as post punk/hard core/grind/noise rock. In a way, the bass crispy sound, is alike Swedish death metal recipe for creating a killer sound. Dishell is not a death metal band, but sort of metal bass-pitch works for them in this album. Also crunchy guitars are nicely polished in dirt of sound. These all give super amazing groove to their songs along with quality production of drums. Heavier guitar riffs, that are major parts of this record, are pretty catchy in its rhythmic approach. Primitive, punk-riffs are armed with some melodies; give you excitement like when watching man-fights in blood. Simplicity and energetic riffs are driving power in this band, for sure. Aggressive songs go with some smashing, in your face guitar harmonies. Drums production is very good, clear and selective. Drummer has some Dave Lombardo style in his veins, beats are very basic but extra loud, his playing has a good timing and rolling-play on drums happens more often than usual in punk bands. Vocals are rough, vulgar, hard core/punk style, not impressive by any meaning. There is plenty of shit in lyrical content of the album – toxic traces of religion, politics and wrongs in human behavior. But music on the record – men! - it`s really well produced and performed post hard core punk album, old and new influences sound solid as one, any random song off the album will tell you that.
​Tracklist: