​Dirtred
Transmission From Below
Independent 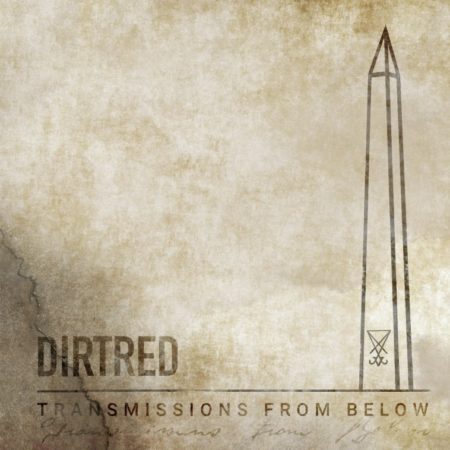 The premiere of new record from Dirtred was on September 9th, so the album is still hot. It`s a third release from the band since 2010. Initially, the band wanted to play with full line up, which however did not survived. Now, the band is more like a solo project of Slawomir Wojtas (also watch out for his other band Drown My Day from Cracow/Poland). I`ve read the short info about the band and it seems that every few years they wake up from the creative void to record some new music. Hopefully they can be more regular studio project from now on because Transmission From Below (TFB) has no symptoms of  boring record.

Both guys seemed to had no hard times to put all elements of their music together because I am glad to hear that this album is well produced and sound is  decent. Funny thing is that it`s another album that kicks off with sound that you can hear when searching for radio frequencies (666 kHz). Well, metaphorically writing the band tries to prepare you to get into mood of the album, you just need to find the right frequency in your head and open up for their music...

A song called Black Light has a pulse of hard core&metal core song with heavy riffs that they break into smaller, aggressive pieces. This and next song in particular (The Oath) has massively hammering riffs and even if its sound is not the strongest that I heard, it is music that comes first and catches my whole attention.
Cutter`s Lullaby track keeps on delivering modern hard core tunes that indicate some slight death metal influences in tunes of Dirtred. This is my first time with music of this band but I slowly begin to enjoy their songs. Until this point, it`s not exactly that they play music like Machine Head or Soulfly, but it`s more or less the idea of how I think they play music. In the next song (Cutter`s Lullaby), the band announces more groove elements in the music, which still have those heavy as fuck riffs that sound very cool.

After fourth song the trajectory of music has changed. The put more effort to play a little more melodies and suddenly they welcome you in a world of alternative metal. The music gets more space for rhythms and even more groovy guitars (Reveries, The Tower World). Hard core elements are measured with some thrashy (not too much) elements  but music is less aggressive and vocals get melodic edge (Unraveling The Darkness, Sounds From The Void).  It`s hard to say about Dirtred to which specific genre of metal their music fits best but it`s not important. What is, this record sounds better than other projects because song by song the music direction in this album is less predictable.

Tracks from 1 to 4 sound hard and angry, while other ones are more melodic, almost like the band used songs that should belong to another album though ... I think it's okay for diversity of TFB - songs are not much similar to each other and the album is wide open for many music influences which make good, 38 minutes long album.