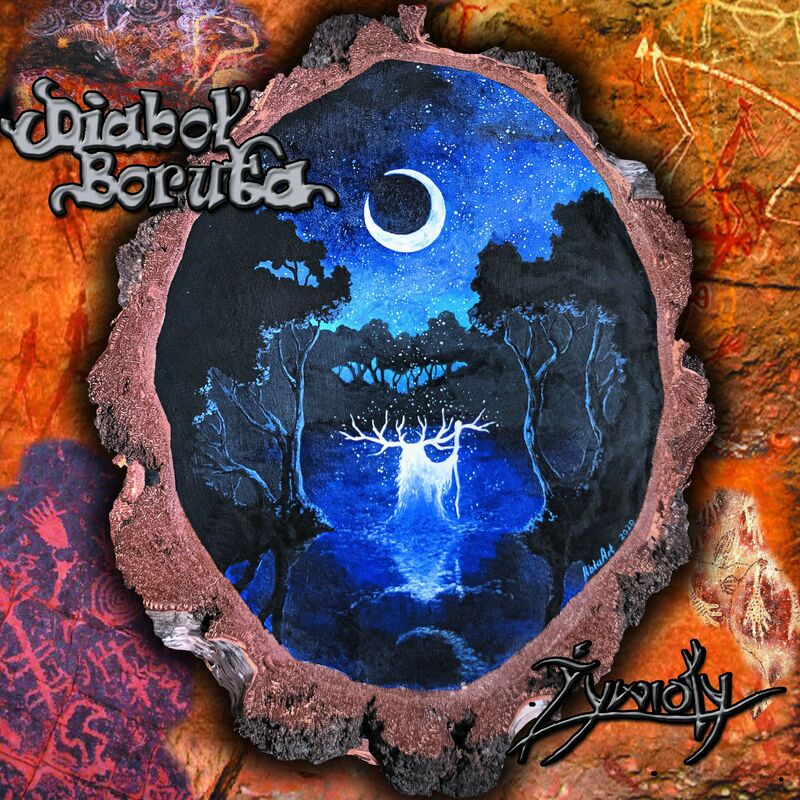 Fourth album of Diaboł Boruta is ready to keep you awaken, perhaps. Album consists of few instrumental songs, two of them were played in studio, only by keyboardist, and these are tracks W Drodze (if you like nostalgia but with little bit of vigor, it is good one), the other one is titled ...I Znów Gęstnieje Mgła - short, the most unnecessary track of the album.. Pył and Auha are nice, tribal songs (more African or South American vibe - I never could tell a difference...) played on pipe, on drums with hands - not with a stick, and on other primitive "jungle" instruments.
Seems that more proper, metal folk songs are Pielgrzym (dynamic guitars, melodic riffs, vocals and choruses), heavier track is Prawdziwa Historya O Wiedźmaku with screamed out loud refrain, nice folk instrumental fragments and fast guitar passages (a bit more heavy metal style). Chirping of birds in the song remind me that metal-folk is very much associated to nature, as if it was integral part of it. Two songs are in English; Of Black Fairies and Ziemia (Dreamtime), to be frank with you, I do not think that Diaboł Boruta needs to sing in this language, they are very Polish band and their roots (lyric and music wise) are certainly where English are not, which does not promotes much Polish culture, its uniqueness and stories in musical genre such as folk. Song ...Z Popiołów has more thrash and death metal character, aggressive vocals. I am not sure if that is what the band should do. They sound more familiar to my ears when singing with clean vocals and play melodic riffs, like partially in track titled Woda, and surely in songs 2 and 3 that are better tracks of the record.
Album, among other themes, treats loosely about the elements (Water, Fire, Air), which are next three songs of the album. My favorite off these three is Ogień (Fire), which is thrashy and fast song. Composition Powietrze, is not a bad one either, if you like it very metal and folk-some.

...Żywioły is surely metal album with not that strong folk vibes (I think they not quite could find a way to fully expose their native, folklore roots, which is something that as I would expect to hear from band with the name like Diaboł Boruta, they  basically lack much more emphasis on melodies of folk character. The way the keyboard parts had been approached here, by their band member, remind me typical 90`s doom metal style of playing and tuning, which is okey.
It`s not a bad album, but not very convincing either.
​Tracklist: