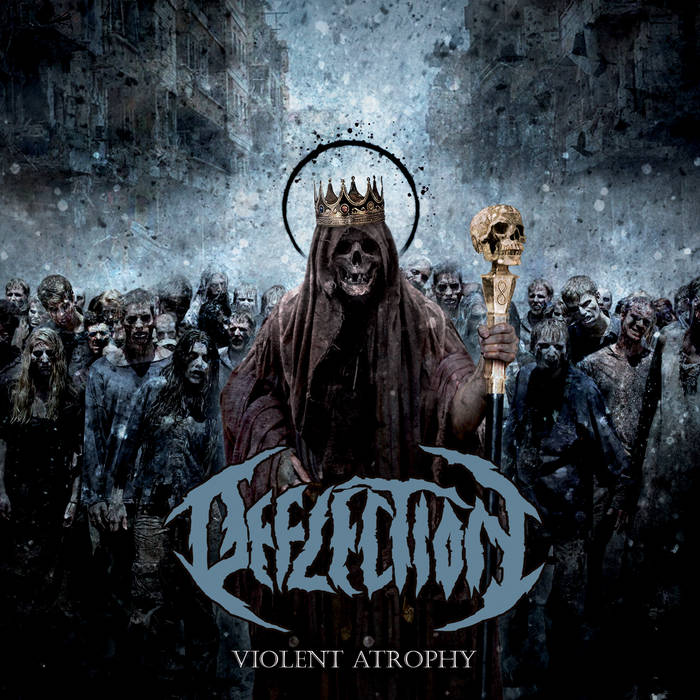 Russian band Deflection from St. Petersbourg originally released this album 19 years ago, in 2000. For years, the album was released only on cassette but this relic piece of death metal had to be reminded for extreme metal fans. It was only a matter of time before its release on CD. It happened in 2018, of course, all the material has been re-mastered and updated with new graphic arts.

The album is a true old school death metal release. Maybe a slightly flat sound is not what bands do nowadays in this genre that much, but it`s not the thing that can bother me. The songs have a nostalgic feeling of death metal album because of growling (with effects) vocals but music is actually based on thrash & death metal riffs that influence a character of the album, also by its sound.
Deflection reminds me of old death metal bands such as Krabathor (track Necrointerbreeding (Latex)), Pungent Stench (song Autopsy Of My Bride), Hate/Cannibal Corpse (track Mad Witch), old Pestilence (song Killing Machine). They sound familiar to these bands but I do not confuse Deflection with them because of specific album production. There are no blast beats on the album (Florida`s Death was this type of band) ). It`s  the reason why listening to drums and guitars is more enjoyable because you can focus more on the details. The decency of the album consists of the band's ideas for songs that tie you to the music which the band play as best as they can. If you like raw and corroded metal sound that lies beneath it, then you get the album that you have desire to listen to.
Deflection has all characteristics for underground metal band from the past that tried to connect brutal music with moderate death/thrash songs. On the album, there are minor tendencies to play technical  by Deflection which is actually quite good diversity. I think all these elements work for this album, not to the highest degree but Violent Atrophy is just good album for what it is and for how the music turned out on this release.

I don't know if Deflection is or was a known band in Russia or outside, but I would say that Violent Atrophy makes me think of music on this album as it is an important release for the Russian death metal scene and I leave you off with this though.
​Tracklist: