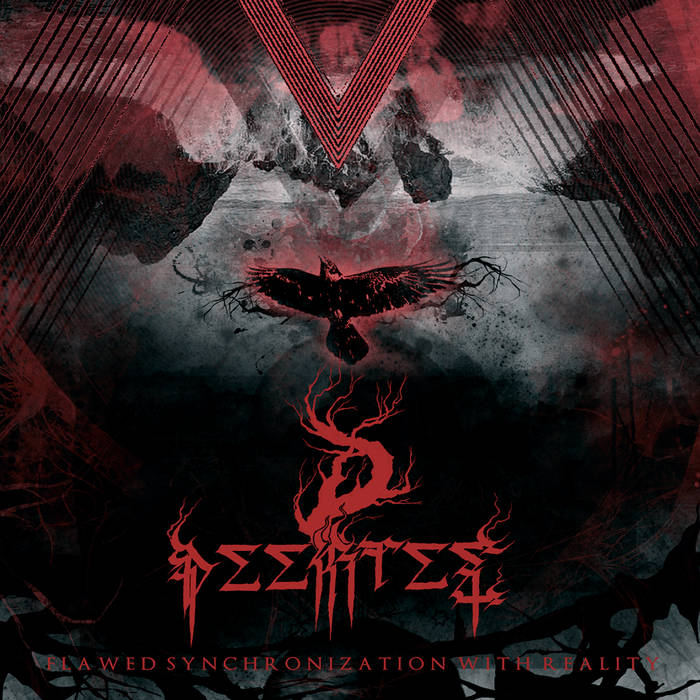 It`s difficult album to review because this Spanish band jumps from one metal genre to another and they have no intention to stick to one music direction which can be unsettling.
Already first song; Birds is kind like a technical death metal but very weird, with some progressive metal guitar rhythms, growls and melodic vocals - which particularly sound very interesting. Overall, it`s a strange song and a word "normal" would be out of place when trying to describe the music.
Second track is much more grim and intense black metal song, very fast, with another combo of extreme vocals in their arsenal. There is quieter moment at the end with spooky female humming.
Glowing Serpents Everywhere sounds like experimental death metal track with a lot of non-linear guitar riffs, like making less music sense was most important for this band than making a sort of music sense. I guess I`d probably need to re-listen their songs another 20 times to find out... It`s another weird song of this album which usually has very good music ideas.
Multiverse Recoil has a good guitar shreds and some harmonies but obviously the universe of this album has to be a bit odd because they mix here technical/progressive death metal with black metal which after all, really is not a bad combination.
Fifth track is a half ambient song with ominous sci-fi, cosmic synthesisers. Second half is just vocal monologue in Spanish, without music background at all, which is too long and boring fragment from perspective of a person who do not speak Spanish,which is me.
Tunnel Of Melting Black Stars is a slower paced black metal track, full of guitar textures and groove. Deemtee does melodic vocals again and I have to tell you that I really like how they performed it in this song and in a few more places of the album too. Maybe if they have had replaced all extreme vocals to melodic ones then they could sound like avant-garde version of Devin Townsend...
Another surprise is Nobody Out There with folky acoustic guitars and melodic mix of male-female vocals.

Music is better than album production of Flawed Synchronization With Reality and it`s kind of an album that is a challenge when listen to songs from it.
​Tracklist: