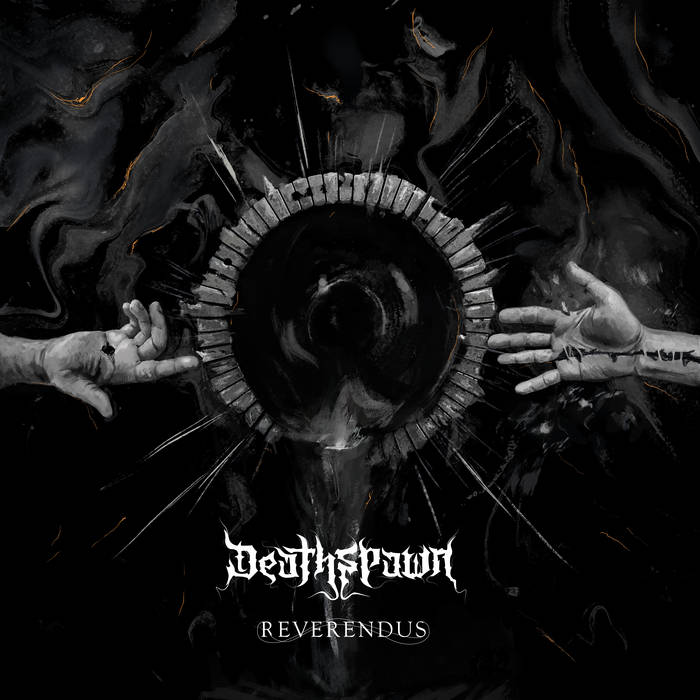 If you never heard of Polish Deathspawn, you should quickly turn on your radar and dig this band`s debut album up. Reverendus consists of blistering death metal songs recorded by experienced musicians (ex Resurrection, Hate, Vader, Elegis...) who know how to play extreme metal, as if they were a war machine destined to kill.

No mercy, no prayers, no compromise is what you get from listening to the songs of this band. Deathspawn plays very fast, intense and ferocious death metal in the vein of Azarath, Infatuation of Death, Hate Eternal...Pummeling drumming at high speed is a blast of incoming death. Lots of fast beats and double bass played by Krzysztof Klingbein is an example of perfect death metal drumming. Guitar work from Bartek Karzarnowicz and Krystian Łukaszewicz sound both simple and technical - like a top priority cruelty in a realm of hell. Bartek is also vocalist and his growls are really brutal and perfectly quintessential to the sound of the band. Deathspawn find its guilty pleasures by playing slower and heavier fragments that sound majestic and tyrannical at the same time. Something what Nile does with their middle-eastern influences but Deathspawn is more terrorizing and victorious in their play, like the feel of winning is always on their side. Piotr Jankowski`s bass is a part of the whole sound of the band, but he misses a different guitar pitch a bit that could broaden their overall sound.. It does not bother me to accept the album as it is, because the production of songs is very solid and music ideas so uncompromising, dark and vicious.

It`s hard to divide this album into fast and slower songs, because they usually have all of these actions happening within one track. There is something majestic in blistering and sometimes ominous twists that they perform with such speed, brutality and technicality. There is something monstrous in slower and heavier fragments that can be comparable to Morbid Angel. This album needed contrast to death metal character of songs and they found it in guitar solos, to which, they gave more space and time - to grow a better greatness of their songs. Other times, they play some ripping guitar solos, which summon something old and ancient in the air...

I have no favorite tracks on this record. It`s a very strong album as a whole, without a doubt, and it`s definitely the one that you should put in your death metal collection, next to your best,  death metal albums. Reverendus is brutal & great!
​Tracklist: