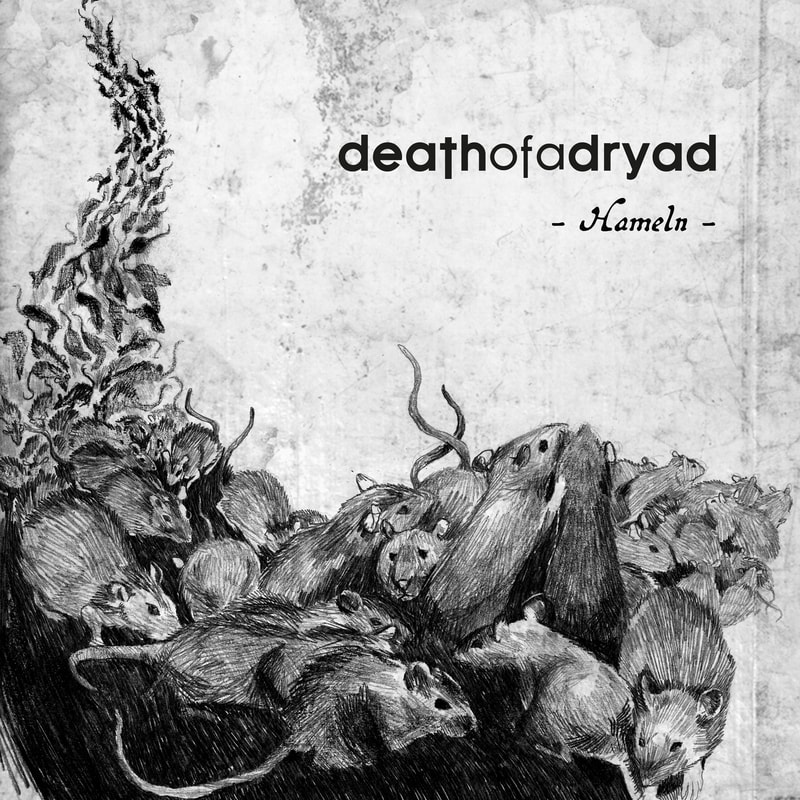 This band is a mix duo from France, but they are sort of like a mini-orchestra. Except traditional instruments that they use in music, like guitar, bass, drums, they also play cello, flute, other string instruments, and do programming in some sequences of the album.  It"s a concept album, dark, folky, pagan, it tells the story, so the songs have a different atmosphere. Mostly they play slow and use spaces in music to fill them with diverse musical ideas and ambiences. Tracks does not sound metal that much, at least not always. There are excellent flute and drumming parts that sound epic, where guitar distortions are restrained., so they sound a bit in the vein of dark rock where your mind can fantasizing along with the music and dark tales that the band tells.  Of course, they perform metal songs here, with death metal vocals, but they are more convincing when they sing with clean vocals, which is important element in music of the band that feel like watching some fantasy movie . Songs have many musical shades and different atmospheres.  Flute, acoustic and percussion fragments emerge optimism and vitality, metal moments are more dirge, doomy and ominous but still pretty good.  They have a few moments where they sound very extreme with screams and medieval chants, it is another dark color in their sound spectrum, which widens their musical boundaries.

The album is for fans of dark, atmospheric metal but also for those of you who like folk and black metal with an old and good story that has been told here.
​Tracklist: