Death Has Spoken
Call of the Abyss
Ossuary Records 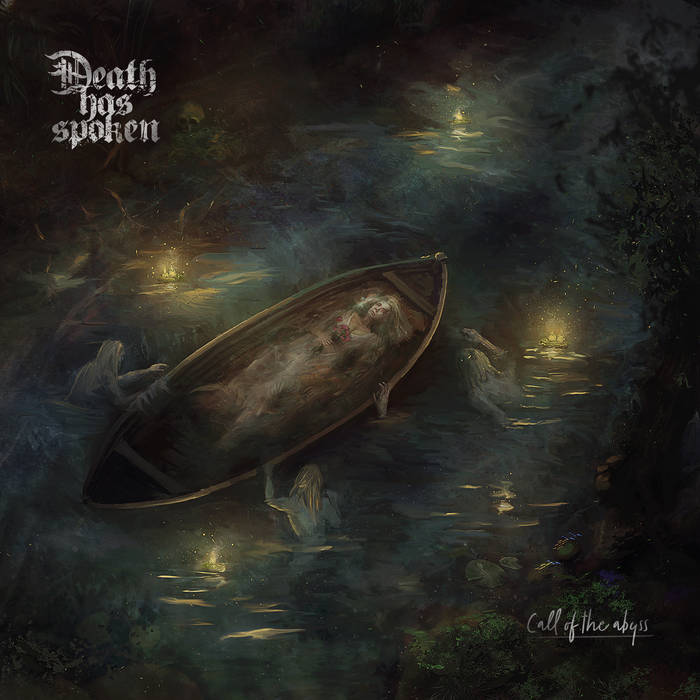 Here I have a sophomore album of Polish band - Death Has Spoken. Roughly writing, the album course is set from slow guitar passages/harmonies to middle tempos. The track that opens the album, which is Call Of The Abyss immerse me into freezing world of doom/death metal – it`s sorrow, nostalgia and melancholy, but guitarists sometimes play with black metal pitch set to their guitar tone, which is best audible in this very song. So, they quite good merge those musical styles into their music and creatively use them for their musical journey. If you mind that lyrical content is partially inspired by H,P Lovecraft (Lurking Fear), you know that you enter into universe of nightmares, madness, and frightful fear of the unknown.

Beside music, I also like Karol Pogorzelski `s raw vocals, his natural growling voice is much better without any studio effects. I am sure of that.
Album has usually traditional doom/death metal tracks, inspired by 90`s metal bands. Lurking Fear is a slow, bleak song with some nice leads, similar to old Paradise Lost and there is a dose of second wave of black metal in the sound of the band (just like in the first song).
Woe is more melodic at start, but riffs are quite gravely heavy after that. More alike funeral doom metal track, even if end of the song is little faster and dynamic with fine guitar leads (I think they need it, to get rid of too much stiffness if it lasts for too long in songs).
And here they go, Wilderness is acoustic instrumental track. It is how you balance different moods in the album!
Crawling To The Tomb is slow as agonizing pain of dying, growls sound deeper, guitars more crushing and hideous.
Rhythmic guitars in track In Vain sound obscure but more alive in its expression of suffering. Do I hear them to play more melodic as song goes on (?)...Possibly so...They lack more and longer guitar solos on this record, so, I am glad to hear some of it, in the end of this composition.
Under The Flame is heavy doom/death with some black metal groove. There are more guitar leads and contrasts here ,so the music carries its minor flame of light, but..No! No hope in this slow, gloomy, dreary, somber, mournful album.