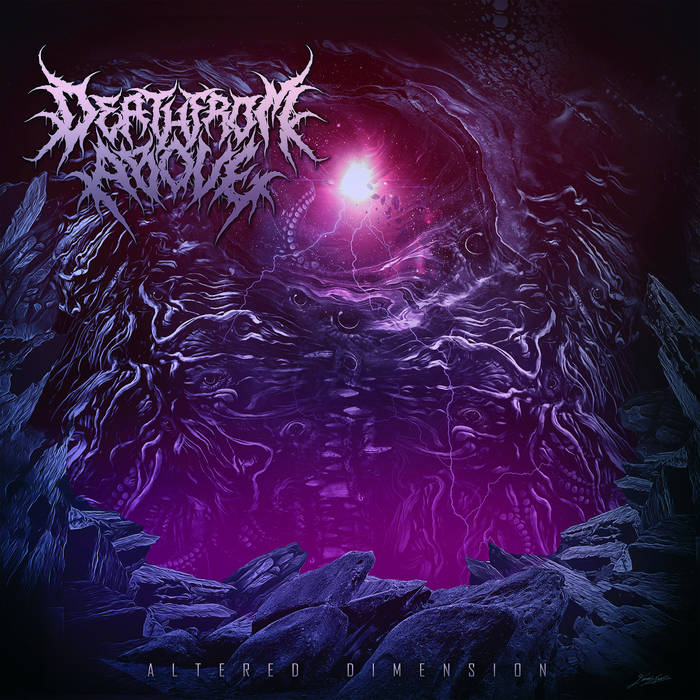 Members of Death From Above might be known from other bands (Red Dead and Can Of Worms). Their albums also had been released by Great Dane Records in recent years.

Death From Above plays a bit more advanced death metal than these mentioned bands. Altered Dimension is a combination of technical death metal and old school death metal with very raw sounding growls. Band plays faster in couple of songs, like in Omega Destroyer where technical guitar shredding and speedy drumming delivers brutality and easy to follow musical complexity. Also second track titled Power Of Demon, exterminates by sharply put death metal ideas and tightened riffs that may remind bands like Cattle Decapitation and Decapitated that oscillate their music between aggression and intense brutality.  Death From Above does not wants to play the same. They often change a pace and diversify process of created music by playing fast and heavier parts in more structured ways. Because the album is an extraterrestrial concept, in song Altered Dimension you can hear an alien vocal effects that embrace lyrical content of the band. I must admit that from time to time, Death From Above adds some melodic leads and melodic rhythm guitars to the realm of their songs, which just make album has more accessible songs. Yes, tracks also feature solos, but they are a bit too short, to fully enjoy its eventual dimensions. Songs 6 and 7 are definitely continuation of fast and obliterating death metal style, to just kill everyone who is listening to it. Desperate Escape on the other hand, is melodic and technical death metal, but still, death metal carnage is the name of the game. Closing song entitled Pure Extermination is darker, more old school death metal track, it`s fast, crushing, atmospheric at times and a little different from other songs of the record.
It`s the album that is centering old and current death metal influences in music, good one.
​Tracklist: