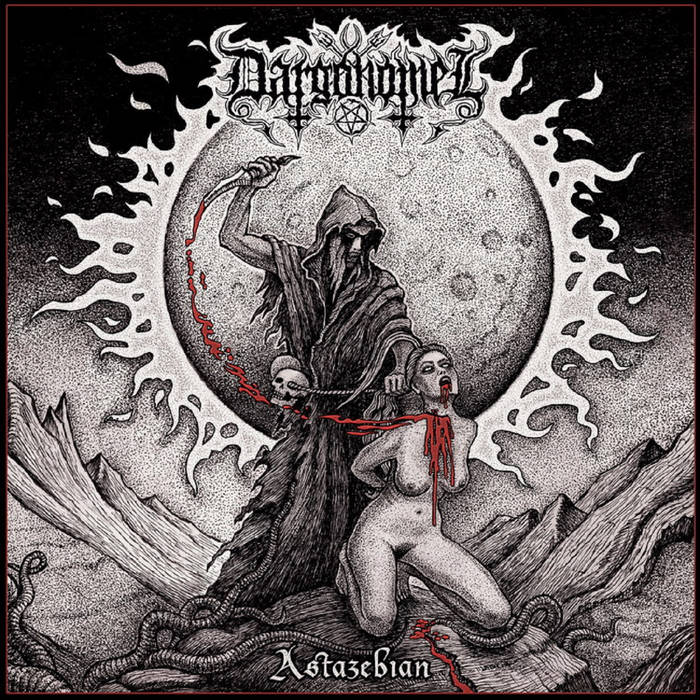 Here is a very interesting, dark and brutal album from Russian band Dargonomel. Seems that scene over there is pretty much crowded because it`s another band from that area that is quite impressive with their music.

The album is fulfilled with occult themes inspired by Necronomicon, ancient mythologies, witchcraft and relevant topics. The viciousness of  music is what evil bands used to have in their arsenal of sounds and Dargonomel is the one you certainly want to hear. Astazebian is black, death metal album with fast and atrocious songs but also technical ones which is a precious for their music. The quality of tracks is set on very satisfactory level. Maturity of music is written in their nature because of their incredible musicianship, which for me, is out of question. When chaos and brutality of the music takes over, they will leave you lifeless in the shadow of moonlight. The Astazebian album portrays them as very uncompromising horde but they want their music to reach out the sinister sounds which indeed, lies in darkness of their very well composed songs. You shall probably think about bands like Belphegor, Behemoth (mid discography) when you listen to this album but it seems that you have no choice when you are constantly in the middle of storming blast beats, evil riffs and merciless vocals. This album is like a fire you can`t stop and like a wounded, wild animal that will fight till last breath against bloodthirsty oppressors. It`s a catalyst album that brings all best elements of blackened death metal into one album which is Astazebian.
Dargonomel deserves(!) much better recognition for this outstanding effort.