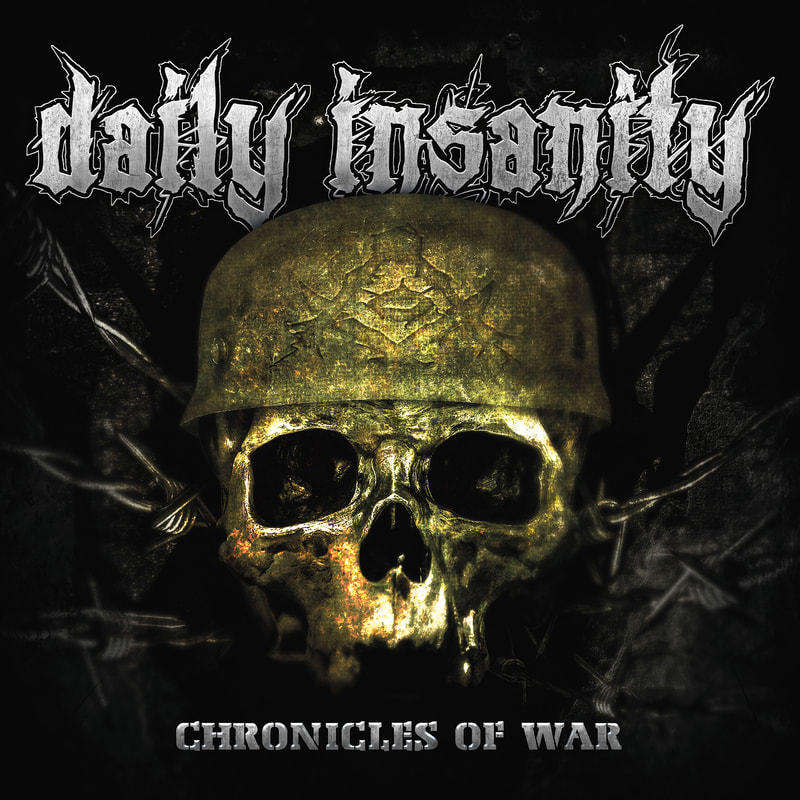 Daily Insanity (Ger) seems a perfect name for a band, particularity in a genre like thrash metal, and because of many war themes, the album carries some dark thoughts...

There are ups and downs in their music, but first things first. What I like about the album are faster tempos, which sound like Kreator (2 first albums). It means that Daily Insanity sound pretty raw and usually play harsh and aggressive tracks like Warchild... From time to time, the band adds a glimpse of melodic leads (Stolen Valor) or more focus on rhythmic guitars (Chronicles Of War, It Doesn’t Matter), but rather there are not too much of those melodies They definitely play and sound like old school thrash, rough and dark,  many times guitars kick in and shred, just like in very good song Doomsday that has a fine chorus - kind of catchy perhaps, and some black metal guitar groove in a way...
Since I remember, I always have been content when hearing a raspy vocals, like on this album, which works for thrash as well as for black metal metal bands. If Tom`s vocal from Sodom are your favorite in the genre, I think you might like Han`s "singing" from Daily Insanity too. So, when Daily Insanity plays fast, I like it better, because, when they play slower with repetitive guitars (it happens a few times - Marching Drummer), then for me, they sound like they do not want or are not ready to progress with their song-writing as they perhaps would like to. On the other hand, there are a couple of slower songs that sort of , deliver fright-state, an intrigue atmosphere - beginning of Stolen Valor rules! And also, in  I Am The Mission, they merge slower pace with more violent riffs. All guitars here were recorded by Gene and you can hear that they still try to develop their way of playing music, because at this point of time, they do not play complex songs yet. Decently sounding rhythm section of the band are Gustl on Drums and Hans on bass (also vocals).
The album has two instrumental tracks; A Lonely Soldier and Agony Of Valkyries, but the second one, which is more melodic, is much better in my opinion. Track The Reckoning close the album and it`s a half ballad - sad and sorrow vocal expressions, and a half thrash metal song with average vocal...

If you recognize German thrash through bands like Destruction, Sodom, Kreator, Messerschmit then Chronicles Of War is very in the vein of these bands. No glory and no disappointment from Daily Insanity is my impression about their music, for now.
​Tracklist: