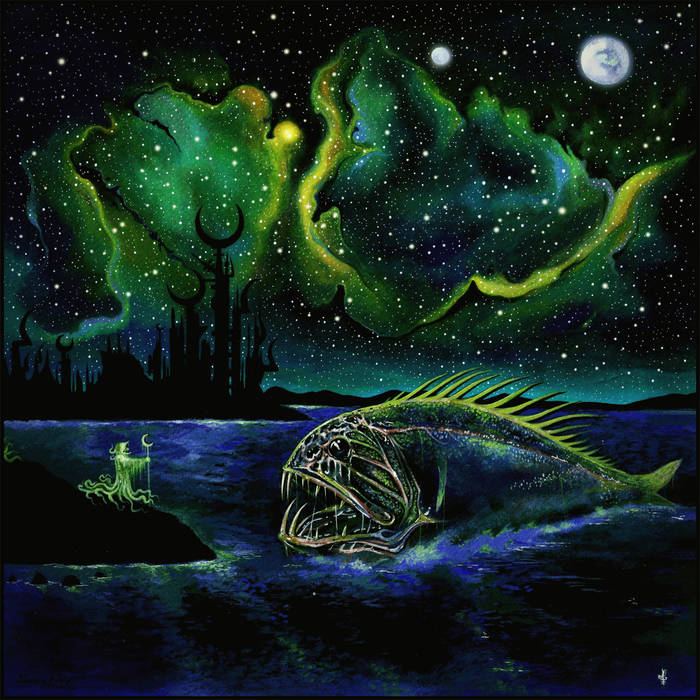 I remember Cryostasium from the split with Abigorum where both projects fused their musical ideas that still disturb my mind to this day because I played that album again, just recently. Starbound however is already Cryostasium`s separate release with 5 songs on it.

I have to tell you that indeed, I have heard a few frightful sounding albums before but possibly no one of them is able to push me into abyss as music of Cryostasium, the project which is run by Cody Maillet.

The guitar sound calibration on this EP is so dark and unpleasant that I have constant and dangerous affection that some evil entity wants to break from spiritual world to the world of the living. All effects and programming sound really ghastly and it scares and literally you may feel that some invincible force wants to suck you in if you stop running from its sinister sound. This release is essentially the musical projection of darkness, as I understand it, and as I have it pictured it in my mind for many years already. One or two repeatable guitar rhythms in each song seem just falsely monotonous, but the way the music traps you in, is like facing a nightmare from which you  can`t wake up.  Songs like Starbound ( mature track, best one in my opinion), Magnetic (very weird track), The Eye ( the fastest song that harvests the light off you) - these are songs that play on your imagination and deepest fears because of terrifying sound of guitars which is origin of all darkness here. The various effects that Cody uses in music are frightening.  I mean - more psychologically...  This album possibly contain phobias that feed off on human emotions to possess them. Effect of the music on you can be accelerated if you listen to it at night which is what I did.

I think that bass has fine instrumental  parts and it`s important element of the record because sometimes it bring interesting soundscape and depth to the music.

I thought - Starbound is the “darkness” album and even if you try to break through this darkness, nothing will really change and everybody dies in some horrible way.