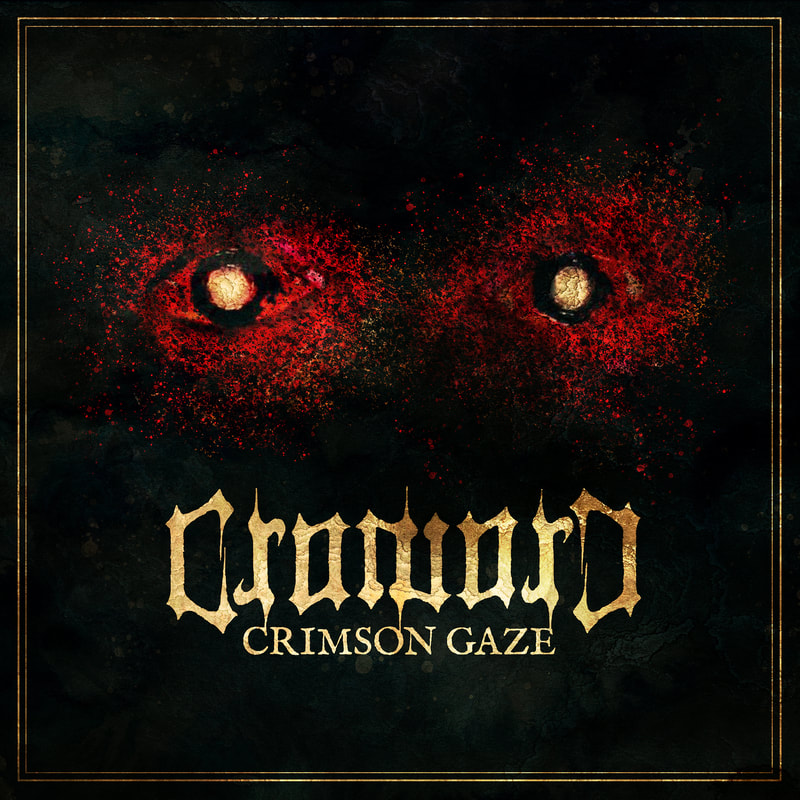 Croword is a melodic death metal band from Austria that does not sounds like those Scandinavian bands that are known for this musical style, perhaps better.
Crimzon gazę is the EP where actually every song is different from each other and the band carries some kind of originality when they play. First song has plenty of excellent, technical guitar riffs and even better melodic leads that ease listen to their songs. Music is  sophisticated, very well composed, and riffs are tidily put together. Good to hear that they care  about guitar solos, which enriches their overall sound.  Second track is also melodic, intricate, but perhaps a little more heavier and brutal.
Death And The Maiden has catchy guitar harmonies where, at times, technical guitar play meets progressive metal.
Scratchy death metal growls sound very convincing, I like this style of singing in death metal, on this record vocals sound natural and do not break down the harmony of songs. Fourth track is possibly their most technical, death metal song, where second guitarists confirms his consistency in playing melodic riffs, which strongly levels up this band`s quality and song writing.

Crimson Gaze is not just another average release for metal fans, I just think it`s something decent but better. My impression about this release  is that they stand for death metal sound and stick to its emerging power, which greatly fits them in their creativity.
​Tracklist:

1 Crimson Gaze
2 Isle Of The Dead
3 Death And The Maiden
4 Secession (Where All The Reasons Are Lost)
Review by Slawek Migacz
​Added: 20.07.2021
NRT Records facebook
Croword website