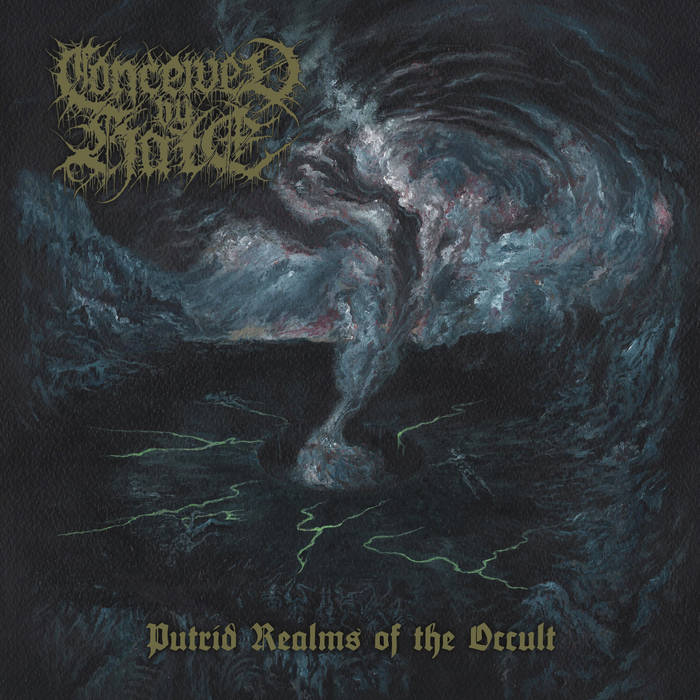 New album of Conceived By Hate, which is the band that comes from a far away country called El Salvador, sounds quite familiar to my ears... They decided to tune their instruments so low that the guitar sound they received in result is so much the vein of Swedish death metal. They play very underground and raw version of this style that is comparable to bands like Carnage, Nihilist (pre Entombed band), Eteritus and such. Songs here are in slow-mid tempos with heavy guitar rhythms and just a few - dark, almost kind of gothic/death metal tunes on lead guitar. Music in those moments (Corpsetellations) has some creepy atmosphere from Left Hand Path or others albums, where latter, many bands followed up this musical path, massively. Album is also fast or very fast, you know, with blast beats and more brutal and vicious guitar play where everything sounds very bassy. Vocals are the only aspect in their music where tone frequencies go from low to higher, because a singer for the band is more extreme black metal type of front man.
Songs are chaotic at places, which is not as good as when pace is slower, but in every track, the band brought some ideas there into music, that from time to time got me hooked.
Surely, it is an old school album that musically is not a surprise by any meaning.I have been into “Swedish” sound since the beginning and I always find something in this music that interests me. . Putrid Realms Of The Occult does not sound like the album having super production quality, but songs, sort of sound dingy and dirtier by that, music even has some slight traces of madness  gripping within.
​
This album is overall a solid piece of death metal. The other tracks that I like here are Nihilistic Ecstasy and a second song on track list. No highlight really, but good, regular album by Conceived By Hate.
​Tracklist: