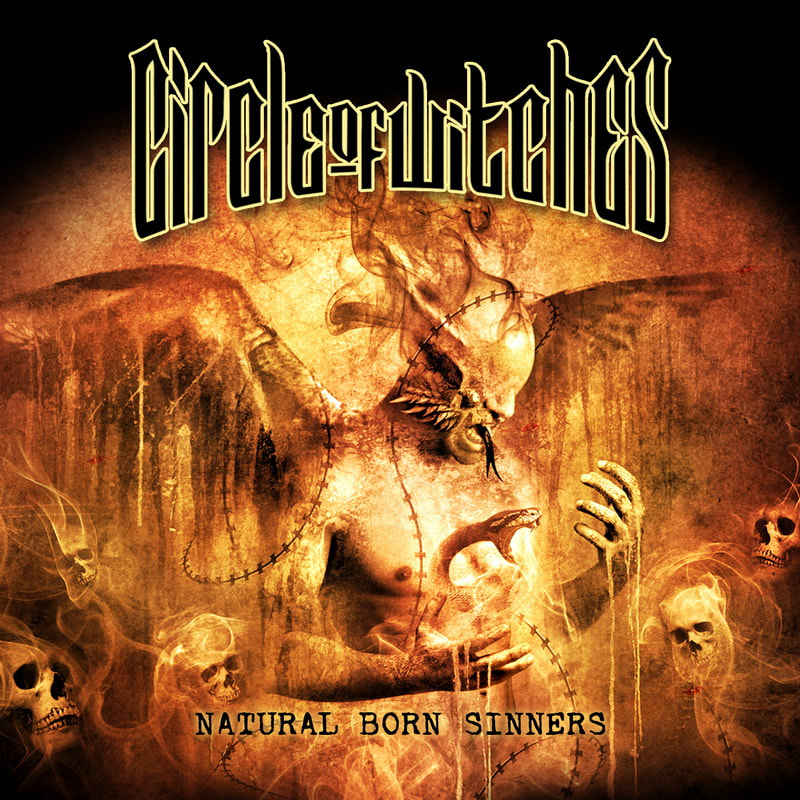 Circle Of Witches is Italian band, formed in 2004. Premiere of Natural Born Sinners was on May 2019 by Sliptrick Records which already marks the band`s  third album. 11 tracks were recorded and mixed earlier, between 2016 and 2017 in Alpha Omega and B-Side studios. Lyrical content varies from dark stories about Spartacus, Lucifer, Anton Lavey, witches, to burning Of Giordano Bruno on a stick for heresy in 17th century.

The album is a combination of traditional heavy metal & doom metal with some music and sound connections to classic heavy metal bands which names will be mentioned while you keep on reading these words.

The album has dynamic and melodic songs like Tongue Of Misery, First Born Sinner, You Belong To Witches which are very good, fairly fast tunes. In Giordano Bruno there are very interesting choirs in this song while the music pace varies. My favourite tracks however are Black House that has catchy heavy metal riffs in style of Judas Priest and very cool vocal refrains. This is how this band makes their songs going strong  by playing music as simple as possible. It`s the flame and spirit of old heavy metal that make most of music on this album irresistible. The true metal anthem is Spartacus with breaking guitar rhythmics and harmonies, marching pace and amazing vocal choruses. It`s great and totally memorable song that have tunes and vocals which are full of magic and fantasy. I am sure that Manowar fans are going to dig this song.

Sometimes, Circle Of Witches takes me to medieval times in tracks; Deus Vasult and Cult Of Baphomet which is where you can hear some doomy vocal chants that remember times of knights.

Mario HELL Bova who is a guitarist and vocalist of the band has a character to create something original for this band. Anytime he sings and uses his deep and clean vocal, he rises this band from the ruins and the ashes of old, monumental heavy metal and make something special out of it, also instrumentally with other guys (Anthes-guitar, Joey-drums) in the band.

I really enjoy this album, but it's not me, it`s them - Circle Of Witches, who have convinced me to their songs. All I`ve had to do was listen to Natural Born Sinners and let the music does its magic on me.
Tracklist: