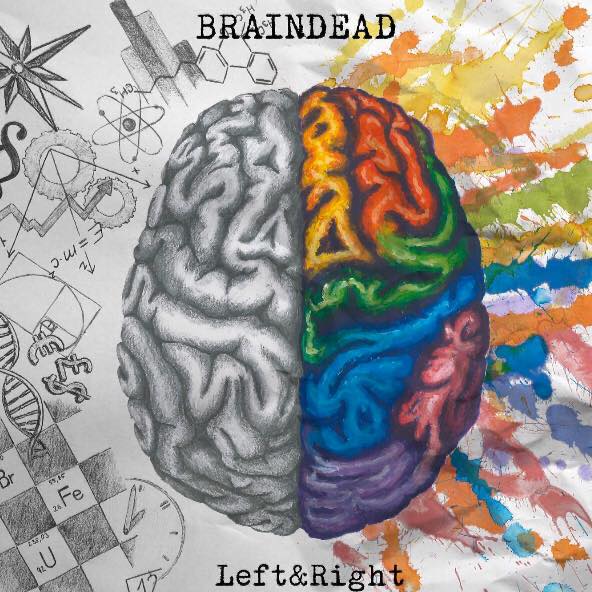 ​I have here a nice Czech band that plays thrash crossover - mainly originates from classic hard core and punk like Agnostic Front, D.R.I and early Nuclear Assault. The album has a light, thrashy sound production. There are songs that are usually aggressive&melodic (T-Alphabet, Electric Greeder) and those with more H/C/punk music attitude like Kill The Shepherd, Left & Right. Music is very easy going and band seems totally chilled out when they play their tracks. Important is that they have a very flexible singer in the band who sometimes double his vocals and do some lively shouts with the rest of band members which just sound pretty cool. Braindead plays simple, catchy tunes, which certainly do not sound straight thrash metal-it`s just small part of what they do. This album has not any drum blast beats but it could still be easily a gem for a grind core fans. Generally, all songs sound very good - to the point that I`ve got very quickly entertained by music of this band, from the very first song.
My favorite tracks here are Don`t Do It (superb vocals and all music idea of the song), and Never Again which is a H/C song with a classic heavy metal, stoner feel to it-only in this track.
​It`s solid combo of heavy music genres in this album. I leave you off to it.
​Tracklist: