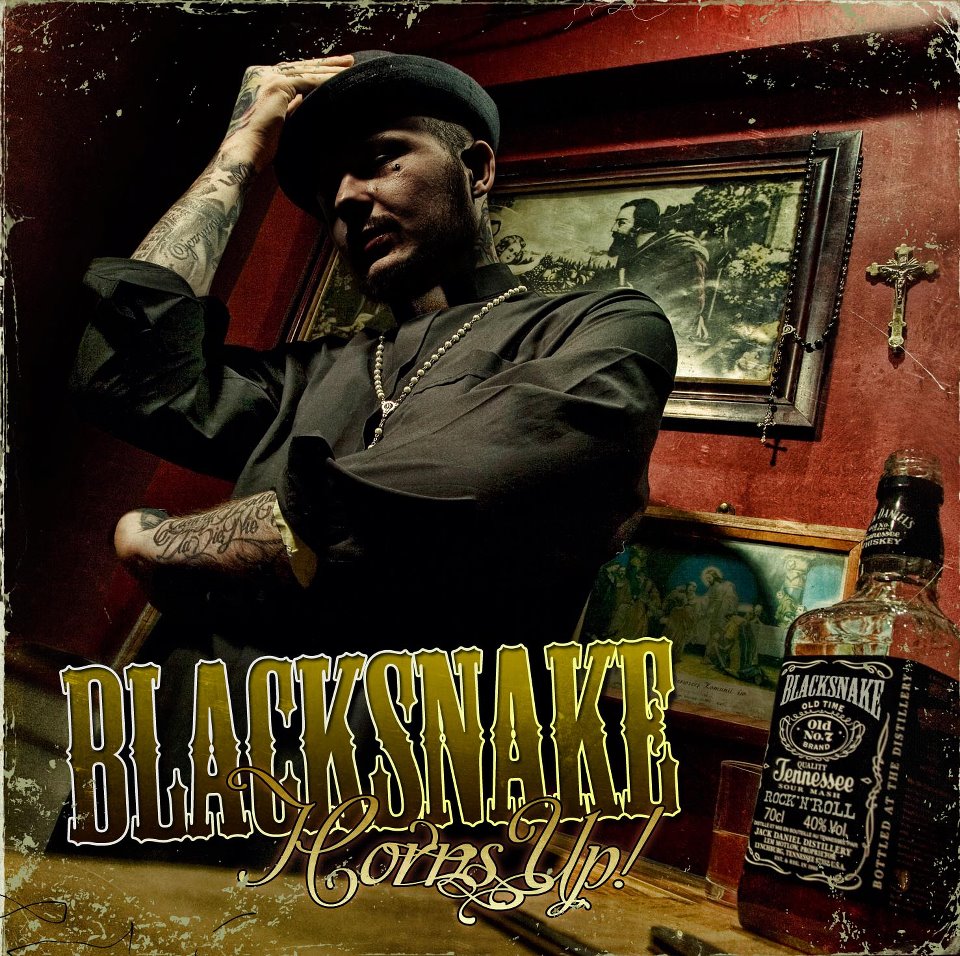 As announced, I wanted all albums of Blacksnake's have had reviewed this year, and so it will be done. This is not the only reason I do it - hey! I just want to write about the album and the band that I think is very interesting. And it is not important that Horns Up! was released in 2010 because writing about memorable albums is a good habit. I encourage you to reach out the music of this Polish band and try to enjoy their songs as I do.

The album has 10 tracks on the disc and this is  heavy rock`n`roll music which is hugely influenced by stoner metal, rock and even punk. Biggest impact of metal on Blacksnake is the sound and production of the album that is more metal than music itself. But this is just very good rollercoaster of styles that Blacksnake offers to us and this is also damned good melodic album. Song like Witchcraft is incredibly lively song that  can make you almost dance and jump to its rhythms with your whole body. My Grave Is Open Part I sounds like Black Sabbath/Dio/Cathedral as one but Blacksnake! S/T track with its chilling leading riffs and little keyboards in background is a good one to repeat over and over again. The album has no bad songs at all. You can always hear some melodic tunes and guitar solos from them which they very much like to refer to the classic rock and metal with modern twist as well.

The band have recorded super sounding cover song Great Balls Of Fire by Jerry Lee Lewis from 1957 (hell yeah – it was so long time ago) and their version of this track is so amazing and so rock`n`roll. The KKK Took My Baby Away by Ramones is another cover song here and I think both tracks are pretty well refreshed, energetic with newer take on originals.

I thought maybe because it's Blacksnake's debut album, it will not be too good, but none of those things! Horns Up! is entirely album where whisky, devil, tits and rock`n roll are your best friends and I do not mean evil.

​Don`t forget to check out other albums of the band: Blood of the Snake from 2017 and Lucifer`s Bride from 2013 because they are just getting better and better on these releases.