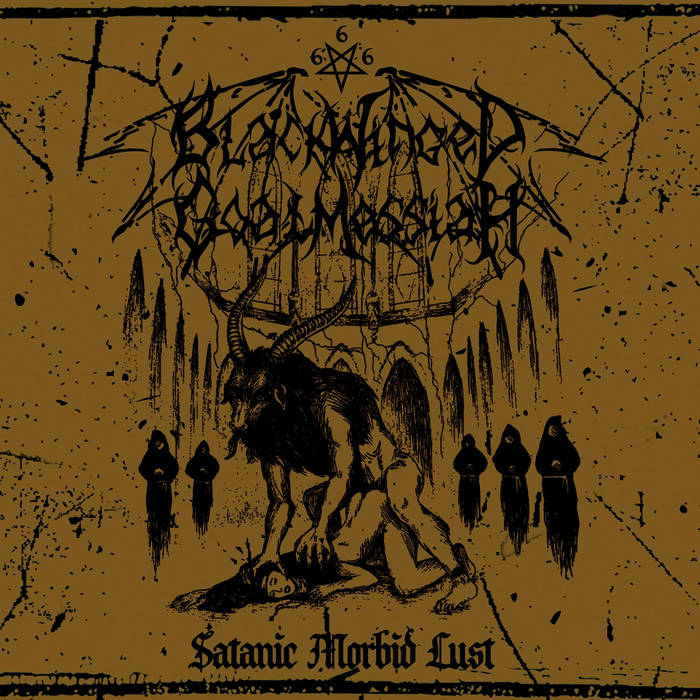 When I checked the line-up of this band, the data showed me that the leader of Black Winged Goat Messiah is Conspirator (all music) who is also known for me from the band Skjult, which is one of his many projects.
Satanic Morbid Lust is a debut release of Black Winged Goat Messiah. It`s a satanic manifestations of all that is evil and forbidden to some, for example arising devil by his many names in track titled Goatmageddon Finally Comes, or "no resurrection, no savior" in other song is obviously a condemnation of Christian prophecies as false...The album is just very dark in terms of its message and has nothing to hide.

Musically, it`s essentially a black metal metal record that often captures heavy guitar harmonies in middle pace but Conspirator does not even try to sound melodic or catchy, but dark, diabolical  and dismal. Songs reminds me other black metal bands like Acheron, Vincent Crowley that all have some of death metal vibe in their music. I sense American, Scandinavian and South American influences in music of this Cuban project and cover songs of old black metal bands such as Von and Beherit are statement that songs of Black Winged Goat Messiah have their background in obscure black metal, just sound better. The album has sometimes faster, gloomy parts, which is more "Norwegian" thing in tracks, but I would not say that Satanic Morbid Lust is very original album when comes to song-writing and music itself. It`s just ordinary black metal with well produced sound and good musicianship, but overall the songs do not move black metal any step forward ( not that I care about it), which seems to be the point of the album.

One thing that is particularly well done are vocals that consists of  growls layered with demonic effects and I think that it`s strong feature of the record. I can only recommend this album for its decency.
​Tracklist: