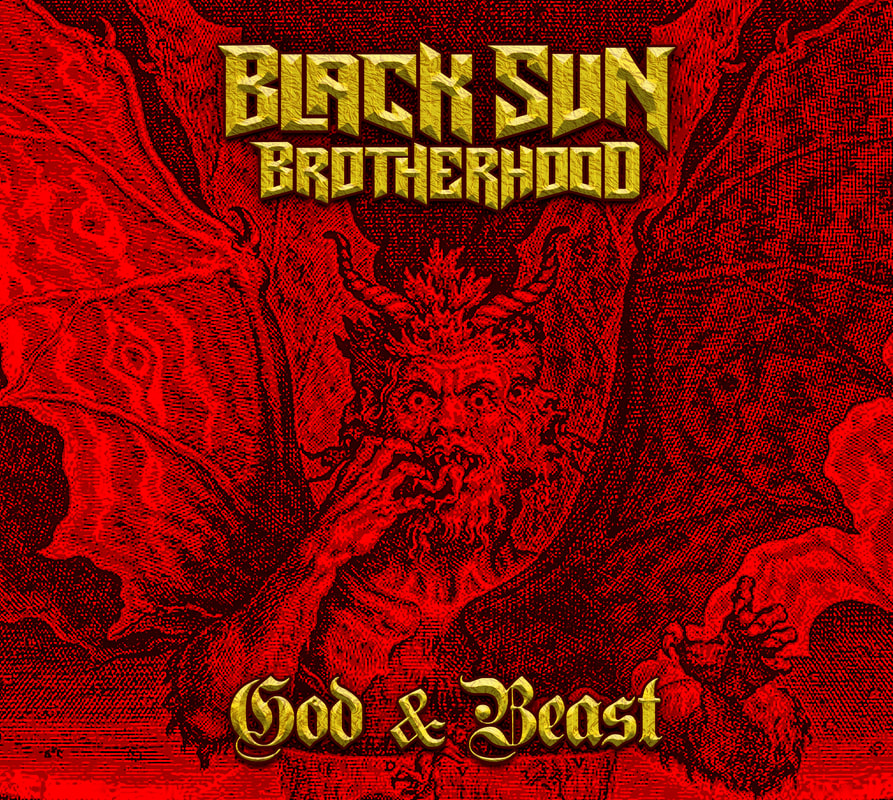 ​Most of albums that I have heard from Norway are associated to black metal. Black Sun Brotherhood is more groove melodic death metal band on this particular record, but their lyrics are still quite dark and inspired by many topics such as mysticism, demons, angels... Also the band is very self-thinking about themes that they write about. Their views on many subjects are quite original.  I consider lyrics on this album being pushed forward and very open beyond doctrines. A singer of the band, Kristian Kjelsberg, has very natural, growling vocals. His barbaric voice sounds flawless along with the whole music that they prepared for this album.  If you follow the music of Tom Warrior, in song Leviathan, there are both musical and vocal-wise similarities to the pioneers of black metal, Triptykon.
God & Beast has averagely middle paced songs (Might is Right), most of them sound heavy and groovy but surely not the same.  They made some chants in the beginning of the album that sounds like a prayers of monks, in some church of misery. They have that extra boost to the sound that indicates the production of the record is very Scandinavian (Sol Invictus), occult style death metal (Witches' Sabbath) where I can hear some familiar, musical vibes from the past times of death metal. There are 1 or 2 tracks which sound like melodic but crushingly heavy death metal, something what Dan Swano would do in times of Edge Of Sanity. Even if tracks of Black Sun Brotherhood remind me music of other bands from time to time, this album has musical and sound engineering freshness. A strong power riffs (Vengance is Mine)  delivered by guitarist Vegard Michalsen and drum dynamics played by Kim Alexander Lieberknecht are essential for the wild character of this album and musical alchemy (Black Sun Rising). They have the vocalist that every band would like to have in their hellish ranks. Brutal singing on this album goes with quality as I am able to easy understand words of the singer, who made his lyrical message sounds savagely and perfectly raw. Music itself is superbly entertaining if involve some choruses, like in track Driven by Demons or Vengance Is Mine. Brutal and melodic riffs are in great symbiosis in their songs. Majority of music are simple written song, although weight of guitar riffs is like a stomping of some huge, extinct animal on your head. There is something about this album that constantly draws my attention to the music, as if the songs were enchanted in the magical circles of antiquity. I like simplistic approach to the songs by the band (Love is a Demon), their death metal has a pagan and occult feel when they perform chants, on the other hand, some orchestrated bits and pieces sound like taken from Alien 3 soundtrack (Great Whore of Babylon), which just says that for this band there are no boundaries that cannot be broken or shifted in a strange but creative ways. Many bands put the best songs in the beginning of their albums, but I think Litanies To Satan is so well written death metal track that even deserves to open this record.  A second half of the song is spiritually/vocally driven by the vocalist the way that music sound unholy (many other songs as well), which should satisfy black metal fans, also. It`s one of the best death groove albums of 2020.
​Tracklist: