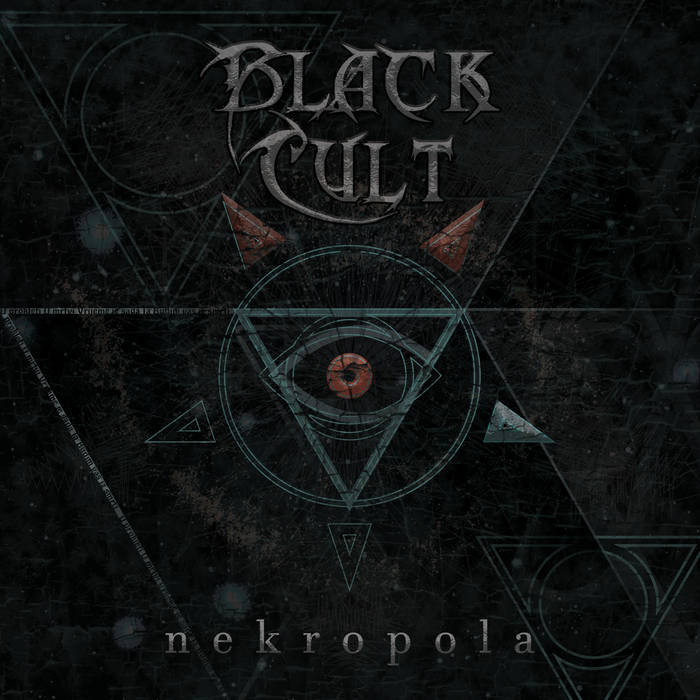 Nekropola by Croatian band Black Cult is an extreme black metal album. A high pitched vocals and album production have those frequencies in sound that are very black metal, but there is more to their song writing that I initially though there will be. Black Cult music preference is playing mid-fast songs, music sound quite sinister at some points and relentless for long minutes, at the same time, they have those tendencies in many tracks when they play very dynamic, blazing and complex guitar riffs, something like progressive black metal, but I think better description is that they are more sophisticated musically. Album sounds dark, but also kind of mystical, more universal, like the band wanted seeking for more dimension for their sound and song structures. It`s black metal, leaning a bit toward neo-black metal- many times I felt that they do not try to follow black metal stereotype that much. Songs also have elements of blackened death and melodic death metal. The way they play, it can be sensed that it`s not Scandinavian band, and songs do not sound as much as those bands from that region, at least not entirely. Band plays furiously, you can get few knock downs before you hit the end of the album - when speed and very fast drumming combine, then the power of music sucks you into the eye of the cyclone for crazy and dangerous ride.
Those tracks when Black Cult sounds heavier - but not necessarily like straight forward black metal, is song like Catharsis, here, the blazing guitars blend with more sophisticated riffs, which happen in faster songs too.
​
Album has a decent production quality, the viciousness of music mixed with band`s hunger for creativity is just as powerful as it could be. Black Cult wants their music to be as interesting as possible and songs like Cosmic Storm, Misanthropic Luciferian Psalm, Nistavilo are my answer that they have certain potential in music, letting them succeed in their efforts.

I recommend this album for you if you are in need for a speed, if you want to hear sophisticated, layered guitar work, and if you want your own senses to be touched by this glowing darkness in their music.
​Tracklist: