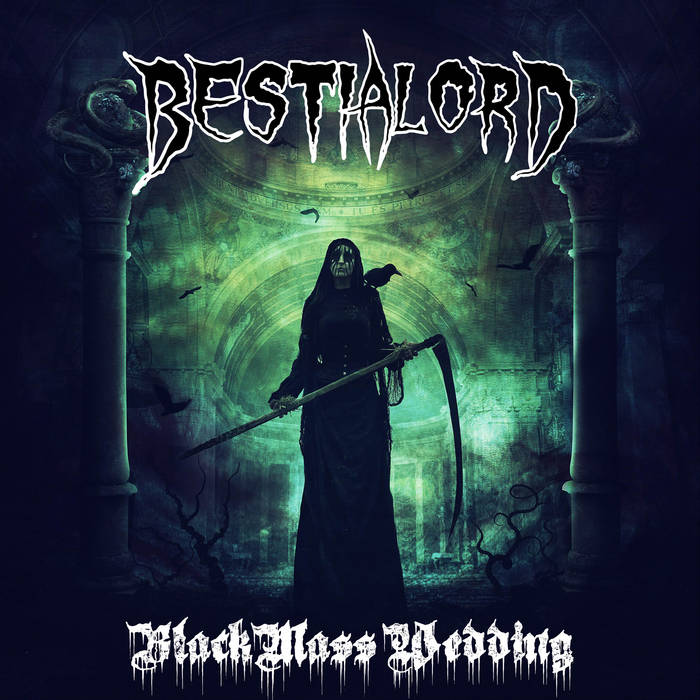 Sophomore album from Bestialord is confirmation for me that they do know the sound of the band because their debut (Law Of The Burning from 2018) has very similar sound signature as their new offering. Black Mass Wedding is well produced album but unpolished - obscurely sounding, like those 70`s 80` albums/bands that have not had today’s technology to record music differently or they did choose not to. It seems a positive case with Bestialord, because their metal sounds very real and original, as if not from our era.
The guitar work in songs is kind of primitive, but it does not mean their musicianship is bad - it`s quite in contrary.That's how they decided to play songs for which I like the music of this band, the song-writing is  spontaneous and authentic. It`s in style of old metal fathers but, Bestialord has their own ways to make it interesting.
A few riffs in this album are influenced by Black Sabbath that they buried some it this death/thrash metal sound of theirs and if I had to compare them to other bands also, that would be Acheron, Celtic Frost which in general is more accurate. Harsh vocals have always sounded essential for Bestialord, I really dig it and appreciate that I do need anything else to help me understand lyrics of the band. They are inspired by H.P. Lovecraft, necromancy, spiritual matters, so, it`s pretty dark and doomed stuff that seem the only way to fulfil Bestialord with evil blood so they can be who/what they are.

They play averagely mid-paced songs with some groove and an occult black metal atmosphere (American black metal usually sounds more like death metal, strangely I do not know why)  - meaning is that you just know that Devil has its nest here, in this album, no matter of a music genre.
On previous record – Law Of The Burning, there was a great, atmospheric song called What is The End, on this album, it`s Now It Begins which has similar vibe, also prayer chants, beyond-dark keyboard passages and distinct drum-bass/guitar rhythm section. These songs are like Bestialord's second face. Hope they will be able to create an album only in this vein! The other songs I can recommend from the new album are This World My Tomb, Dr. Phibes but this may change any time soon because in each track you can hear good riffs although none of them stands out particularly (except last song).
Tracklist: