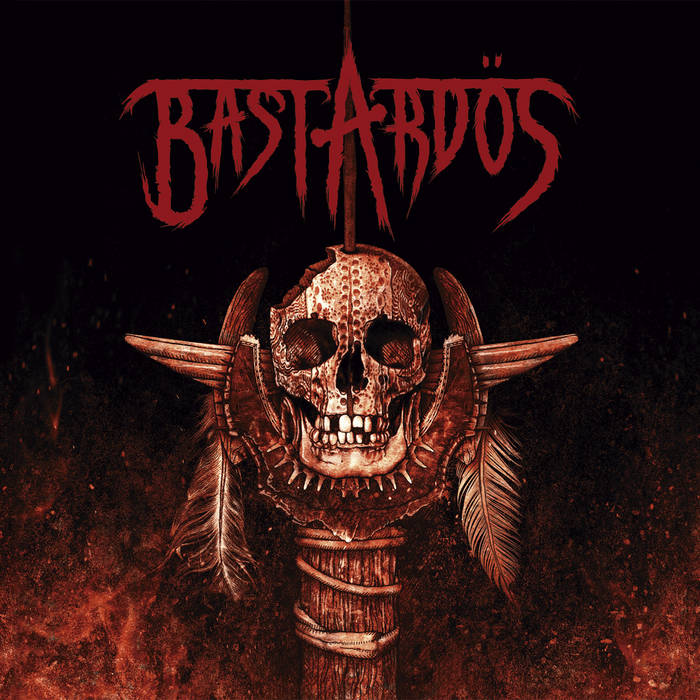 Another very good 2017 re-release of the original 2015 album with new art work design.

The band comes from Argentina and plays purest and best thrash metal that you can imagine.
I do not understand Spanish words of the vocalist, but the way he sings and how his voice sounds, it`s what other bands can be really envy about. I am not. I just wanted to hear kick ass thrash metal album and some guys brought it to me as they could read my mind.

The band wrote 10 striking old school thrash metal songs, making sure that the sound is loaded up with uranium to fuck up with your speakers. Every instrument sound really perfect and of course, the music is energetic, aggressive, fast and you just won`t stop banging your head to it.

Bastardos measures guitar shreds with periodic melodies but constantly keeping up intensity of songs which is breathtaking of how they put it all together. They prepared some top notch guitar solos for the songs and drumming is so great and distinct. Song writing quality of the entire album is incredible, you must hear how violent they can play.

Everything sounds organic and for me, it`s just brilliant example of how thrash record should be produced and mixed.

It`s hard to find album where 10 out of 10 songs give you so much enjoyment but no shit - this album has it. So, no weak tracks here and no time wasting for you at all, just non-stop thrash metal adrenaline and mosh. Killer Bastardös!