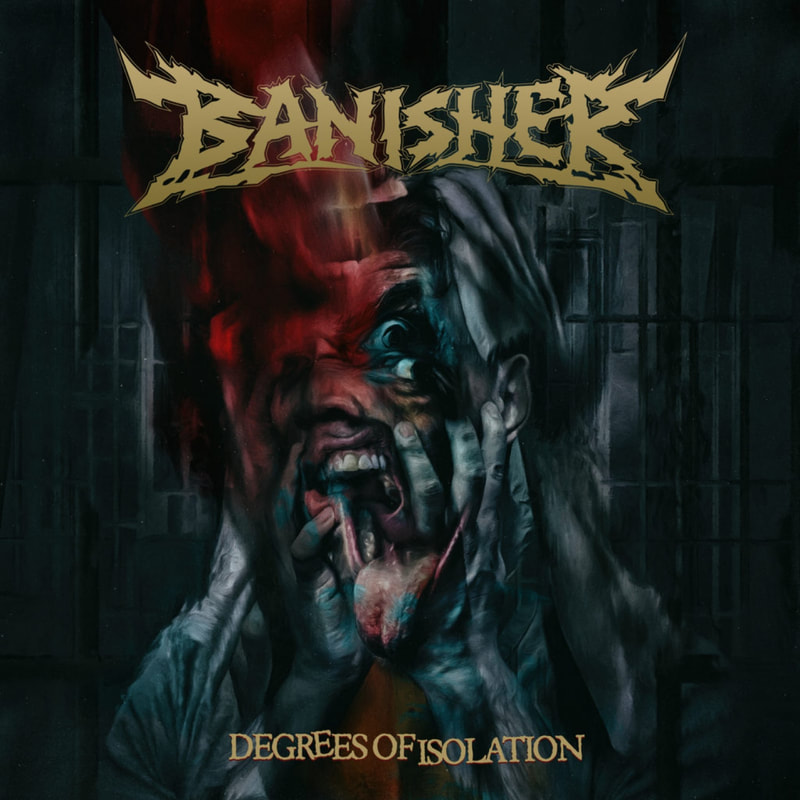 Fourth album from Banisher has had to be made by super angry people because level of technicality and brutality of music is enormously suppressing hearing senses with my head-phones on.

Actors Of Accomplices is not only fast song, the band captured here guitar harmonies, melodies and play with vocals to shape-shift and diversify them. Gosh, this and next song introduced Banisher 2020 as a band that is capable to play insanely intense music sometimes...

...In second track, merciless guitar work continues. Banisher plays modern death metal with just few, older death metal influences that can be sensed in their music too. All accelerated by exhausting dynamics that they bring to song with precise drum beats and growl-guttural vocals.

Extradition is mainly a groove, which is tested several times under the threat of overloaded with anger guitar riffs. Interestingly, with all the brutality in their music, Banisher plants a dose of melody in song so people that listen to their music won`t extinct when they hear it.  Band also features melodies in exquisite guitar solos.

Illusory Enslavement is just a short instrumental track, so take your breath before another battle begins...

Sacred Rules is a heavier song with faster or blasting moments. It`s played with less technical attitude by them - eventually, but wavy guitar rhythms are surely those ones that make song memorable.

Incredible guitar variations are going on in Lockdown. It`s back to super technical playing style by Banisher (actually they keep playing technical jut not all the time). Some riffs are the heaviest I have heard for a while. Also, some of guitar patterns can remind a music style known from Meshuggah, so it`s also weirder track of theirs. Later, Banisher turns music into a killing spree and finally getting back a groove which is good that they are doing it in song(s). It relief music a bit from abundance of intensity.

Apotheosis to my surprise is a brutal death metal with grind influences which are those simpler guitar leads in this track. It`s mostly fast or heavy song but not much history to it. There are better songs on this album for sure that I will point out for you at the bottom of this review.

In Echoses, thrashy riffs in the beginning make the song sounds a bit more melodic, but there are some blast beats (other songs have it too) going on as well. In the second half of the song  they play spacious, atmospheric and groove music textures that even then sound pretty brutal.

If you can hear someone saying that Polish death metal is one of the best in a world, Banisher and this album - Degrees Of Isolation are both proof for it. They play music here as if they were a reason that dinosaurs died. Check them out if you like Decapitated, Mass Insanity, Trauma, Carcass...