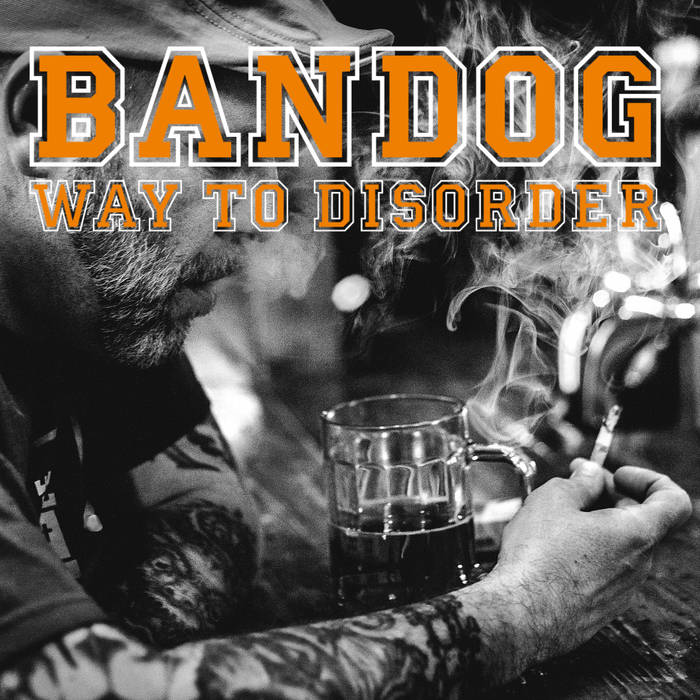 Bandog is not a metal band because if I said they are, everybody would hate it for just saying it wrong about them and their legacy. And to be honest, most of them would be right about that. The question is what they do in metal label like Defense? My answer is the new generation of fans.  They are much more flexible and more open minded for other music now, than it was 20-30 years ago. For many people rock means something more and even some metal labels crossing beyond boundaries of their own music that they release on daily basis. Second reason could be the origin of the band and the label which both have their activity in the same town. For me, it`s great to see they are capable to support each other locally and make a scene going stronger somehow, which really matters.

Bandog was recognizable name in the 90`s for their co-operation with Austrian label Koch Records for whom they have committed 2 albums back then.

Bandog goes along with Ska-Core Cracow as something what describes their musical style but there is more to it of course and I am going to give you some insight on the music and lyrics right now.

Interesting fact is that the music from this album exists since 2000 which is when they actually have recorded it. It was not a completed process, because they performed the vocals only for two tracks of this album due to problems with the singer's throat, who could not finish his parts.  In 2018 they tracked down all remaining vocals and I have to tell you that after all those years, Way To Disorder survived with quite enjoyable sound over time.

Bandog`s Ska Core consists of 10 hard core punk songs but unlikely to other bands they used trumpet in some songs that do something nice to my brain and I can smile more often than usual. The sound of this instrument is very original and its tone is constantly surprising as it is very welcomed to hear.

They sing about very life taken stories which are about football, hooligans, time spent in pubs and drinking a lot of beer which mixed their day with night and its about few sentimental stories from their teenage times when they were making friends or losing them... The lyrics are very funny and little cheesy, sometimes serious but I have a great time to listen to it along with music. I think Bandog by music is able to get interest from the fans of hard core punk, skin-heads and from metal scene because all those genres are simply very loud. For me however, Way Of Disorder is not much about specific genre but about good music and tunes which I think this album have.

I recommend you melodic Hippie Needs To Shower song which is like a mix of Discharge with Acid Drinkers that have superb trumpet moments and bit of funny lyrics which are easy comprehensible once you positively decide to read them.

S/T track has a very exhausting vocal in the beginning of the track which are not much in my cup of tea. They repeat few times this style of singing throughout the album. It sounds like the vocalist could have a big hangover when he sang this way, which also sound like he possessed some strange ability to sing  like half doberman- half man. I definitely prefer the band with different varieties of vocals which you can hear in songs Jest Sobota and foremost Weekend Warriors. If you asked me, these are done right!

The other tracks with nice and easy vibe are Missing In Action, Banksters which are kind of funky soft-core tunes with memorable orchestrations and trumpets (always keep saying about what`s good). These are elements in their tracks that  boost the music the way it`s always interesting, not forgetting for a moment about some catchy and diverse guitar parts.

The best hard core/punk song is Weekend Warriors that spread very good energy and have perfect vocals of Eddie who, I assume is only a guest in this track. So bad because it`s just so good and dynamic song. If the band is planning to continue the fun with the music, they just need the guy like him for better times.

Instrumentally and music wise this album works for me, even if it`s 18 years old material.Unfortunately, not all vocals from the album are going my way but notice that everybody can have different opinions about it.

I encourage you to get this album because it has either vibe of old and new school of ska hard core and punk but you can obviously recognize the 90`s sound in this  album. And Way To Disorder is not a metal record for a change and sometimes this is what I need in my CD player. OK. you can shake the "metal" rust off your brain and try to find a joy that comes from this completely different music quality which is music of Bandog. Support!