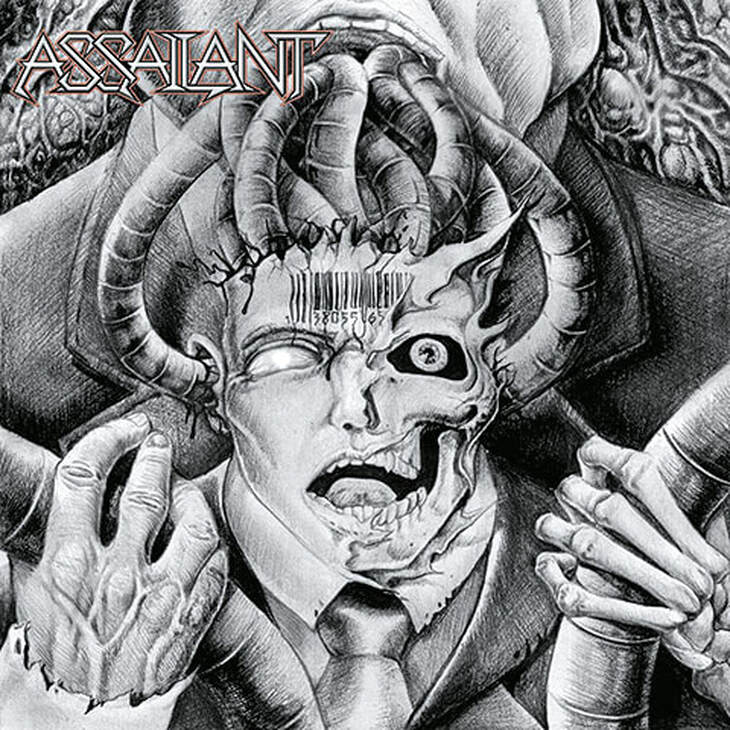 Assailant is from Costa Rica. It`s compilation album where the main idea was to refresh their 2012 demo (it was limited to 150 copies only). The demo (tracks 1-5) for the occasion of releasing this album has been remastered and published with updated artwork and extra added songs.

First five tracks have distinct rough studio production and music direction of the band is aggressive thrash metal with loud snare drum (I can barely recognize sound of tom-toms) and cymbals. Assailant`s vocalist is a real screamer of hate and anger and both guitarists rain bloody ferocious riffs onto your ears in manner of Exhumer, Terror Squad, and Mass Hypnosia. Sound of bass is pretty metallic and there is even solo or two on this instrument, similarly as there are usual guitar solos and vocals that resemble early Slayer. It`s solid, hitting hard thrash metal demo music wise, a bit pity that the sound is not in the quality of a regular album.

Live tracks (6,7) have originally very bad sound quality, music sort of breaking up and it`s just hard to recognize original songs from it. I think that album could be quicker and better to listen to, if these songs have been kept in the band's archives.

Rehearsal songs (8,9) sound very decent on the other hand. The one could argue that maybe even better than the demo. The band recorded it shortly before studio session of this album. Here, you can hear more drums details which I could not catch in the demo before - due to average production of that studio-release. This harsh, rehearsal recording has its character, thanks to the raw, thrash metal sound of guitars and very spontaneous play by the band. And one more thing, no vocals have been recorded during this session so you can enjoy thrash metal also instrumentally.
Tracklist: