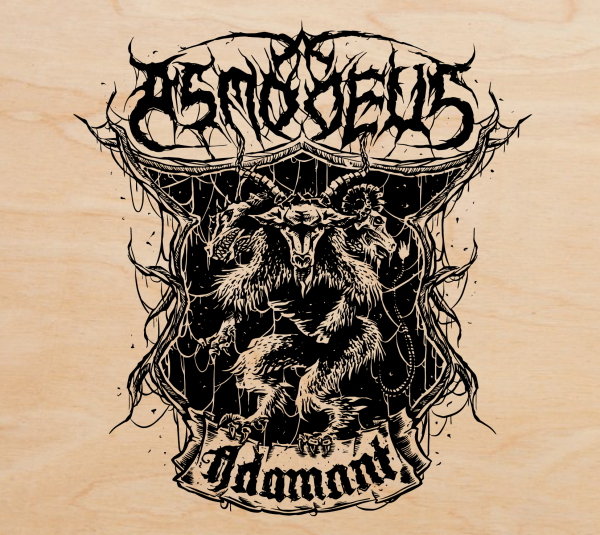 The Austrian Asmodeus has not been on the scene since today, under this name they have been out there since 1996. The band has already recorded few albums, and as it was usually done in the past times, also several demos.
​
​Adamant is the album that essentially sounds very black metal – high-pitched guitars, extreme vocals, pummelling drums and album production sound glorious.

First of all, the album consist mostly of very fast and middle paced songs. Faster songs  feature guitar harmonies or short crafty moments, but Asmodeus has tendency to quickly turns into bloody beast where most of those songs may you feel like you are in the middle of deadly winter storm. In fact, with songs so sinister; Pandemonium Revealed, Conspiracy Unleashed, Disorder In Balance (freezing guitar riffs) - they could make your death to be the sweetest of deaths.  It`s hard to choose favorite tracks off the album which you can treat as my statement that this record is just a very strong offering of the band. Very evil, harsh black metal songs as its cruellest are delivered very aggressively and relentlessly-black metal krieg!
There are 2 tracks where album pace changes so you do not think it`s all about speed in their tracks.
Groovier song here with heavier guitars is A Forsaken Enchantment with unexpected melodic moments in second part of the track. The slowest song is An Ode In Bitterness which is very atmospheric, crafty track so full of darkness.
Asmodeus with album like Adamant is very worthy of full attention! When I think about the technical side of their songs, they slightly sounds like a blackened death metal bands (Hate, Belphegor or Marduk), but it`s their black metal viciousness and exemplary performance of songs is what they possess and push to perfection.
​Killer black metal album without a doubt, horns up for them!
​Tracklist: