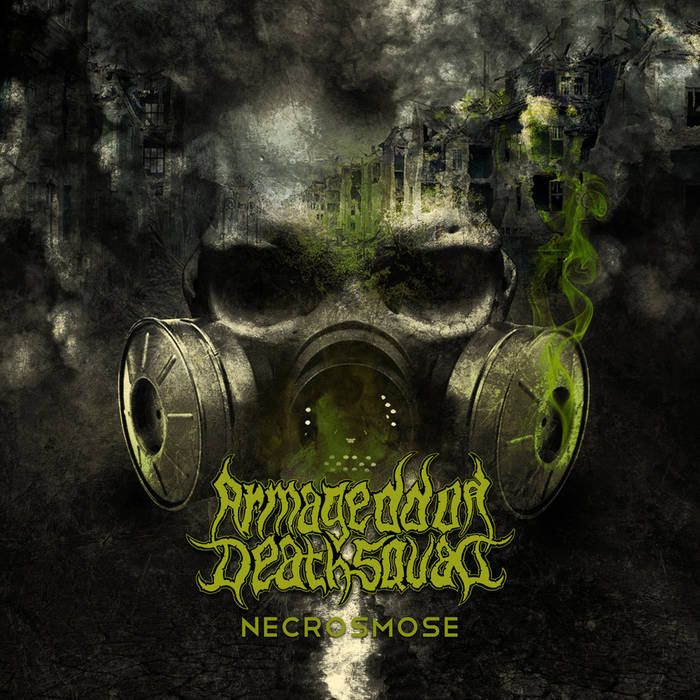 Armageddon Death Squad is hailing from Strasbourg/France and this album is a feast for connoisseurs of technical death metal. The album has excellent arrangements for guitars, very tightly played. Music is embellished with sharp guitar solos and low, throaty vocals. In individual compositions, the band included a large number of ideas and switching them very often within the songs, literally like every minute or so. This is why they do not give you a chance to get bored. The band set a fast pace for the album in general and there are a lot of tiny details in music that are contained in aggression, guitar rhythmic and shredding, also tapping and amazing harmonies. It is worth noting that both guitarists challenge themselves through music, directing their ideas in different directions, which, however, form a concise whole and sense which is complex and technical death metal. It comes with measured dose of brutality to music.   So, it`s very focused album, intense and bombarding your senses with always something new (but not in innovative meaning, okey?). I did not absorb this album right away, I needed a few auditions to make up my mind to what I hear so Necrosmose could crystallize for me its nature. It`s not the album that has much memorable moments caused by melodies but in nature, Necrosmose is catchy technical wise, and this is their strongest ability.  I think that many guitar techniques are admirable here and deserve recognition in a way that you can recognize a band, exactly as the band plays their songs.

Gread Dane Records has few similar bands in roster like Catalyst, Unreal Overflows, Exocrine but none of those bands sound like Armageddon Death Squad which is very good. I recommend Necrosmose for death metal nerds who like their brains to work with full activity.
Tracklist: