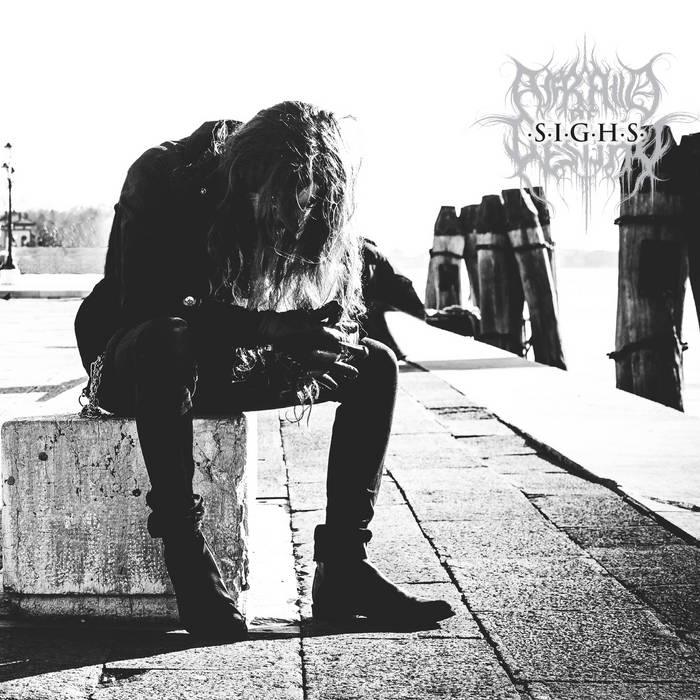 This release has a niche, indistinct sound. Black metal vocals sound misty - you can hear the singing, but you will not understand the message without the lyrics in front of your eyes (CD version of the album has it). The band's music and words are surrounded by misanthropy, shattered and deep emotional distress, grief, life and after death reflections (Timor Mortis)...

Some music is performed in style of simple, atmospheric black metal songs - Take Me Home, Death and Killed By Life. Other like Shells goes with larger dose of doom metal nostalgia, so album pacing is from slow to middle tempos. I always like an idea of having vocal laments in music which make songs sound very emotional and vivid. You can hear it in the end of track Shells.
There are less or none metal sounding pieces in music with piano in which sombre atmosphere takes over - just like in track Malinconica Venezia with crashing water waves as background and, as it is in Italian spoken song called Tutto Ciò Che Sento. These songs with piano, played by B.M (Skyforest), have actually the power to dispel the music from its rather average sound that this album is surrounded by. Piano gives the music some sparks by which songs feel more like a yearning, pained and miserable journey which is better if the band would only have harsh, black metal songs. So, it`s not only about black metal in the album but also about various shades of doom - I'm Crying (Tears Of Solitude MMXIX) where not everything is based on distorted guitar sound or extreme vocals but also on emotional, contemplate moments which are also present in track Cursed And Alone (lyrics written by Laura Zaccagnini).
Guest list on this release is completed by Thomas Major (Deadspace) who did solo in Shells.
There are some fragments in this album when Afraid Of Destiny steps away from black metal toward doom metal for a bit, then the music stretches its sadness, like it wanted to grieves life over its given pain.
​Tracklist: