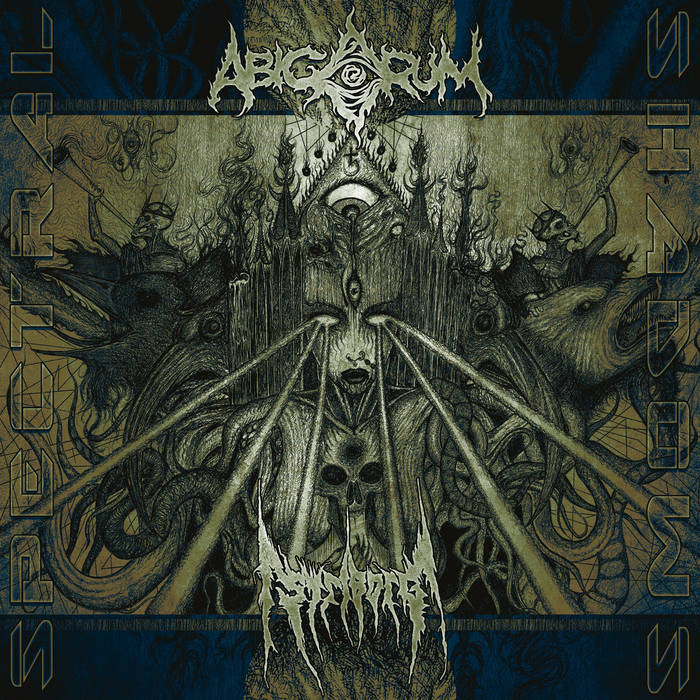 Abigorum has been known for open co-operation with other musician in the past. This time, Aleksey Korolyov (all instruments and music) had been supported by Abstrusus who performed guest vocals. Seems that the only black metal song in this album is The Darkness Of Aeon with fast drum-machine beats and maximum satan - very darkly transcended guitars and weird effects of synthesisers. Music is dark-alteration that separates you from reality in form of songs that sound abstractive,like in some version of hell on a lower level that has only existed in mind of their creators which is now a part of this album... Vocals and music in the song sound diversified and haunting which is always a good word to describe music of this band. This track is so oppressive and intense that it can draw you to places in your mind where you`d better do not want to be.
Three other tracks, basically follow the trial from the first one but unfortunately, those ones do not have leading guitar tracks which even do not sound metal. Guitars are treated as background and unless you like cold, electronic-ambient music variations, you should not have a problem to dig these creepy songs too.
​ I am glad that Abigorum did  music differently, again, however, would be better if they kept it metal for possibly all the time.

Striborg is a music projection of Sin Nanna – play all. I have to write that I do not care about this song at all. I do not care that SPKTR is a rehearsal, a short version of the song that had been later played with additional instruments and members of Australian Orchestra. Then why it is not included to this release instead of this crap?
It`s electronic track, it`s boring and repetitive and it sounds like shooting Galaxians in vintage video games. The song must be a bad joke because I do not understand its purpose at all. If you decide to listen to it (don`t!), it will be killing you for longest 33 minutes of your life.
Tracklist: