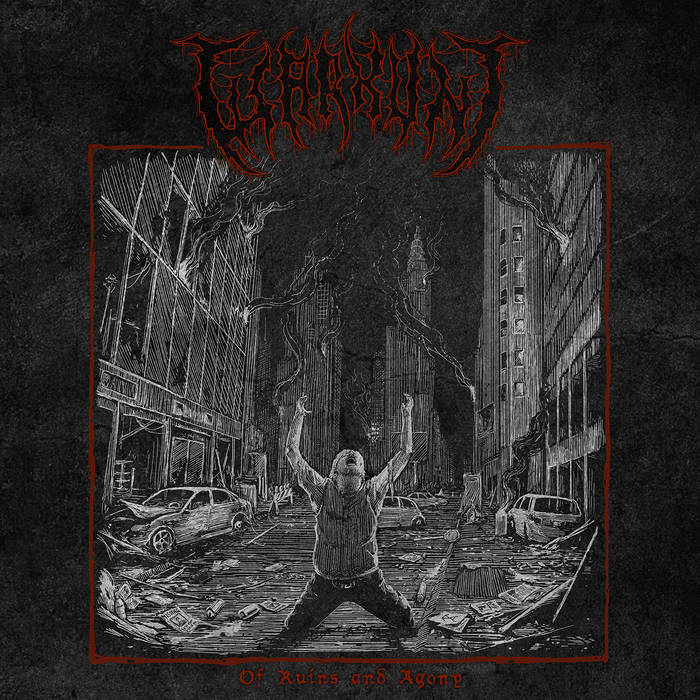 French Warkunt delivers interesting death metal album with 8 songs in the disc.They do not necessary sound like other death metal bands which is fine with me. But also, it`s not the most brutal band on the planet though - and I do not mean putting it in negative context.

Warkunt do not sounds that monstrous as thousands other DM bands and instead, they prepared unique and efficient studio production that sounds unlike other albums. It is very OK for me to listen to their tracks because of the sound. The music is more opened for mesmerizing riffs, thanks that, without any irritating distortions and noizes that you can hear in death metal sometimes. Warkunt is just not that much extreme band but it opens other possibilities for them. If you remember Loudblast- French DM veterans, Warkunt has this type of very energizing guitar techniques with not much, but few thrash metal riffs added to death metal sound. I like this kind of demanding songs they have, where music is driven by solid, diverting riffs, surrounded by well-thought music ideas, just like on this album. I also give a few extra points for individual sound of the record and good mastering of instruments.

The vocals (well done growls) and sound production of guitars are both selective and heavy which I even find entertaining on the ground of death metal music. The album has fast and slower spots, well measured brutality to the sound and necessary amount of aggressiveness to the music. Those guys are skilled on playing instruments, sometimes eloquently. So, their death metal tunes with some not-too-far-going twists should not be much of surprise for you but it`s good.

Of Ruins And Agony is stronger as unity in my opinion and no favorite songs this time. Take your time and dig this album up because their music is getting better overtime.