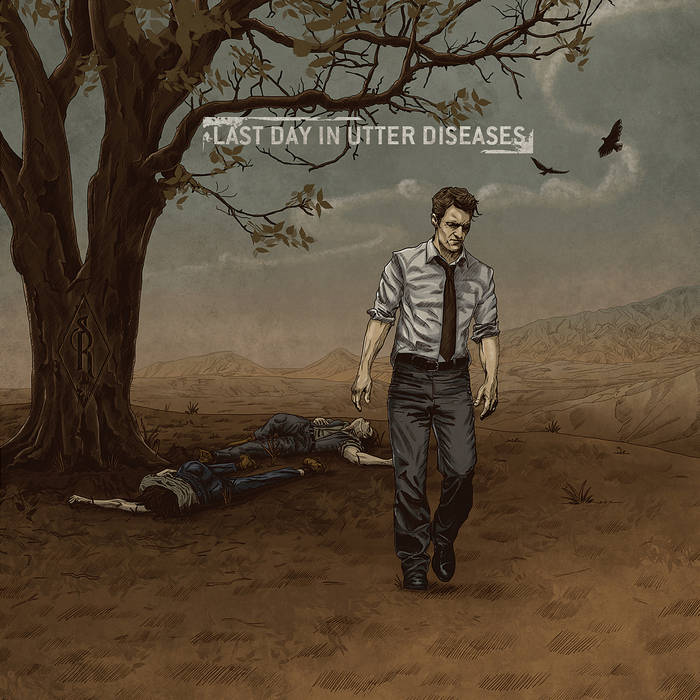 The album starts off from ambient song that lasts so long that I thought it would be another review album about this type of music. It`s not. The next songs are more death metal which sound very ordinary. The band is focused on heavy, melodic guitars and variable vocals. Then, often various things start to happen in the songs. Deep vocals sound actually brutal and very convincing to me. I like a voice tone of their singer when he growls.  As album plays on, they take angle on other vocal expressions, but I would say that only 40% of those vocals are done interesting, many of them sound as deprived of decent quality. The production of the record is not perfect, a bit rough and unpolished but on this basis I can determine what this band is about. So, they create death metal songs that are also filled with vocals about some kind of emotional charge, like in pop music. I think their music lacks consistency; they try to push their songs in too many different directions, so the music is losing integrity sometimes. On several occasions, they actually sound strange, when the band tries to mix elements of death, nu-metal with electronics into music. Minute by minute, they reach more abstract music direction which I think is not necessary and disrupt their death/doom metal nature of songs from the beginning of the album.

It does not bother me to write about few tracks which I think are those better ones:

-Opening, instrumental-ambient tack - Sullen Overcome is actually pretty good one.
-I think Bonesacs is their best melodic death metal song in this album where they are more concrete about music and they do not experiment here as much as in many other songs. This track reminds me of early Edge Of Sanity with proportion that Swedes were way better band in their times.
- A song entitled Jack The Sinner is one of those few nu-metal songs that has a decent vibe of Slipknot and such bands.

I do not think that it is particularly interesting record because many elements are not yet perfect (sound and mixes) and music has no easy flow, not much  of smoothness and album is inconsistent. However, if The Sullen Route takes focus on one concrete genre in the future, I`d be more interested in their music.