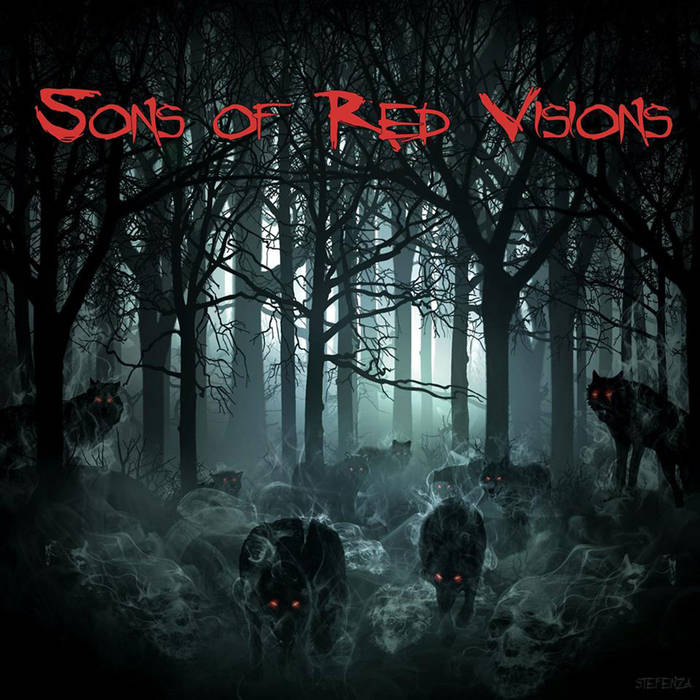 3-way split album with 3 brutal bands and none sounds the same.

The album opens with old school death metal band Red Dead from France. First two tracks comes from one studio session but  third one was recorded in another place, so there is a noticeable difference in sound between those songs. My favourite track is Evil`s Genes – straight and simple death metal, very classic death metal production and vocals. Bands like Red Dead make me easy imagine all that zombie, corpses stuff and axes with dripping blood from the cutting edge. There is a sickly-desirable 90`s vibe in those songs to which I like to come back by playing music. I know Red Dead already from the album Therapy Of The Evil so now it`s just easier for me to empathize with their music ideas and raw sound...

Swiss Undead Vision is a band that connects attributes of old school death metal to their music but the sound is a bit upgraded from its classic roots, except those growl vocals that sound 100% old school. The band operates within death metal genre but they have tendency to seek out for modern sounds, especially in production of drums. They use many guitar break-downs in their music, something that death core bands like to do but overall, they genuinely sound death metal - that is just polarized by them-production wise. If you dig `Swedish death metal` you will be lucky to find some of its sound in music of Undead Vision too.

The most surprising band here is Son Of A Shotgun – yeah, another sweet name in metal community... Music for this band is written by Ivan Guji (Blood Red Throne) and he is supported by Jan Blomberg (Mayhem) on drums  and Oliver Pinard from Cryptopsy on bass.

There is nothing too obvious about their music...  Medicated is awesome southern death`n`roll metal song – melodic and brutal. Next track - Hate Them, strikes out of the blue. This is dark, hard core, nu metal song. It`s very in the vein of Soulfly, just furious and hateful track and the pure rage of this song really amazes me. The last track on this split is a COB. Third time, they twists music again because now it`s more like grind core with ultra fast drum beats, sick and terrifying  vocals, mixed with heavier, groovy guitars to you convenience. You just never know what to expect from this band and eventually, you might feel that they are musically way too much fucked-up for you...But I think this band is very cool and these 3 songs do not match any concrete style they could be identified with which is somewhat original...