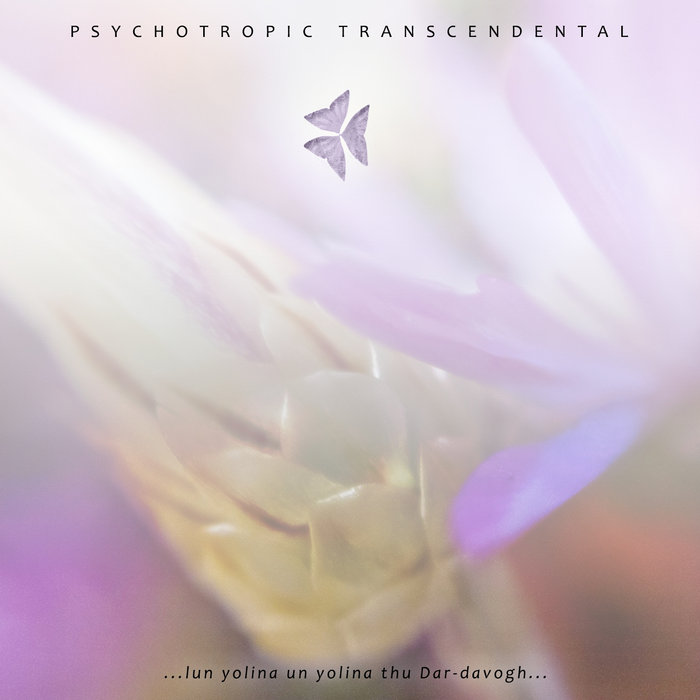 The band was founded by past members of Blinded, Crostelkeller, so, some of the bands with well known names already. The album consists of 2 albums; Ax Libereld...(2001) and ... Lun Yolina Un Yolina Thu Dar-Davogh ...(selected material from years 2005-2008). Both albums have been mixed, mastered or re-mastered in 2018 to meet better production demands. Interesting or not, Psychotropic Transcendental has invented their own language for the needs of their music, which they called -Var-Inath. In simpler words, both albums often offers clean, spiritual vocals with some oriental shades, which remind a little Arabic&Asian music vibes. The emotional depth, diversity of vocals that they create, is something that have me getting into the music of this band.

When I think about the band - generally, Psychotropic Transcendental was ahead of their time when they released their debut in 2001. Maybe this is one of the reasons why they have not gained acceptance from the bigger audience, but as I recall, the scene back then was very hermetic for new ideas and sounds and bands were often misunderstood or rejected by fans of more popular genres. I, on the other hand, find Psychotropic Transcendental as very original band and less predictable than others when comes to music.

Ax Libereld is not strict metal album. Of course it mostly has some its sound but the course of their music goes a little beyond it, which is progressive rock, space rock, as well as other music alternatives, not necessarily sounding in the vein of metal. But for those of you who are more open minded to calmer, sometimes disturbing but yet, very atmospheric music soundscapes, they can just sound pretty fresh and interesting. If you like non-death metal albums of Anathema but with heavier, and not much polished studio production, Ax Libereld should hit your music taste. My best songs from this first album are: Ax Libereld (they put it here nice musically and went totally crazy with humming vocal lamentations), Dirigah Nax Ma-Zarthilag (catchy leading guitar riff and you can hear some metal vocals which are a minority on the album). A song Raxus Mahad Kirdail is driven by incredible spiritual singing and it`s well arranged, epic track. Garmed Il-Namars is all good instrumentally until they start sing it a bit more aggressively - come on, you do not need this kind of vocals!

Now,moving on to S/T record. It has 9 songs on the second disc (so it makes it double CD release) and they sound more mature on this one. Drummer hits it simply but hard, there is lot of groove in the songs that attacks you in waves. The vocals are a bit stronger (let`s say metal but without annoying distortions), and there are not so many oriental influences this time around. I must say that musically this band is a dreamer. They keep on exploring different moods, juggling very brave with music genres and their own imagination. I think every song has something inspiring, and I find this idea works for me, just by listen to the songs.

It`s different record than Ax Libereld, studio production also differs which is not necessarily better but okey. The band simply did not bring the same musical ideas to the table, which makes these 2 albums have its separate ways of music persuasion.
Not everything is great in this band yet (they still need to seek for better sound and improve some vocal imperfections) but both albums have very good music overall and the time I spent for listening to these records, makes a good memories in regards to the music which is metal, post-metal, doomy and alternative rock with many ethnic influences ...

This release is limited only to 166 copies!!