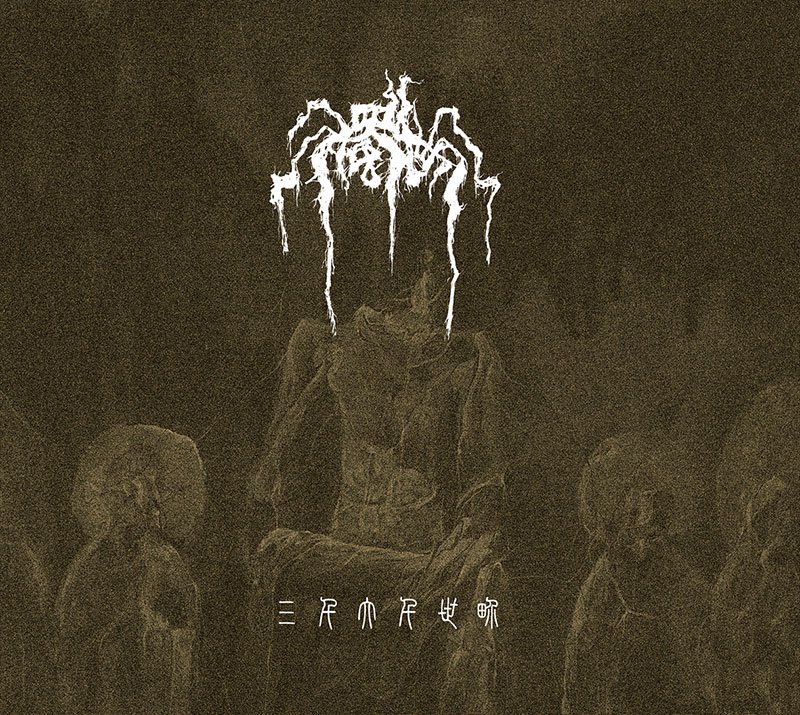 There is a certain amount of magic coming from things that we do not know. When looking at Asian language and their originally looking  alphabet and all, for European person like me it`s beyond understanding it but might be kind of interesting if give it some research.
Lyrical content of the album is in Chinese but I do not really want to go insane in attempt to crack it up, so better let my mind goes blank and see where the music takes me instead.

Album is layered in many ways-keyboards with synth. effects, screeching and normal vocals with chants and melodic choruses, fusion of distorted and undistorted guitars is kind of mesmerizing, drums sound rather very simple but it just go with music character of songs. All those elements together create ominous sense of gloomy desolation but surely not emptiness. ​浊世-The Mortal World plays an oriental (not to be confused with folk music) and ambient black metal style that that has a bit of musical colours in the dark. Certain ambience and undertone of music sound haunting in a way, but in the first place, it`s super calm and atmospheric album, pretty raw in sound and a bit archaically performed but still original sounding. They may get you in a bit depressive state of mind in places but their music did not take me to dungeons of subconsciousness or to the bottom of darkest abyss as much as some other underground bands can do. No, I think all melodic vocals from the band, atmospheric guitars and ear catching synthesizers are very well performed pieces which provide some quality to their songs and take this niche-type of black metal to better places, where musical nightmares are form of entertainment, no something that`d give you sleepless nights for a bad reasons.
It`s ambient black metal album with own identity, and overall it`s just a very good one!