​23 And Beyond The Infinite
Elevation to the Misery
Dirty Beach, All Will Be Well, Tongue Records, Aumega Project. 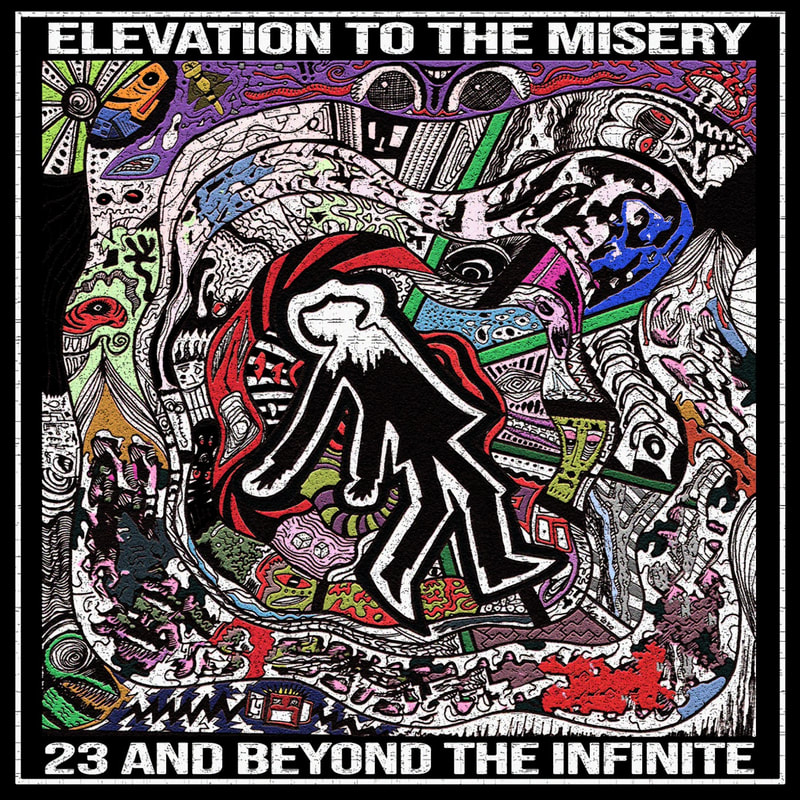 Album is a result of analog studio tape recording.

23 And Beyond The Infinite from Italy brings plenty of music pshychodelia, kind of hippy Woodstock trance to the songs. Holy smoke, tunes of the album are detaching you from reality which you probably don't like. With every minute, as you keep listening to the songs, it`s pretty damn good how psychedelic aspect works for this album, like music of the band blind you to reality and give you better alternatives to spend your time... It`s emotional, bluesy shoegaze type of music, with a lot of loose instrumental improvisations going on. Band performs their songs the way that tunes are alike hallucinogenic mushrooms affecting your brain, band`s unique song writing is weirdly entertaining.

I`d say that Elevation To The Misery album is not obvious mixture of The Doors,Rainbow Bridge and Primus ,so it`s very the album from which you can get specific vibe of ...strange weightlessness maybe.... Music and vocals sound surreal, like in a misty, alternate realm where nothing really matters but music that surround you - the karma for thy psyche.
Songs have plenty of blurry and fuzzy guitar distortions, blending drums and percussion beats with crashing sound of cymbals, there are jazz and funky music bits in music, and a few southern rock/country moments, all super psychodelic. Album also has irregular rhythms, riffs that in full cycle kind of make a sense for the music outcome, which means that even that the band does not play here any main stream sounding songs, really, after all the music becomes a nice addiction to the listener, and the songs are easier to listen to than it might seem at first.
​I have to tell you. I am into album like this one, I am not “myself” when I listen to their weird, psychodelic blues songs but I like the feeling it gives me, and they nailed it with that vintage analog sound of theirs.
​Tracklist: