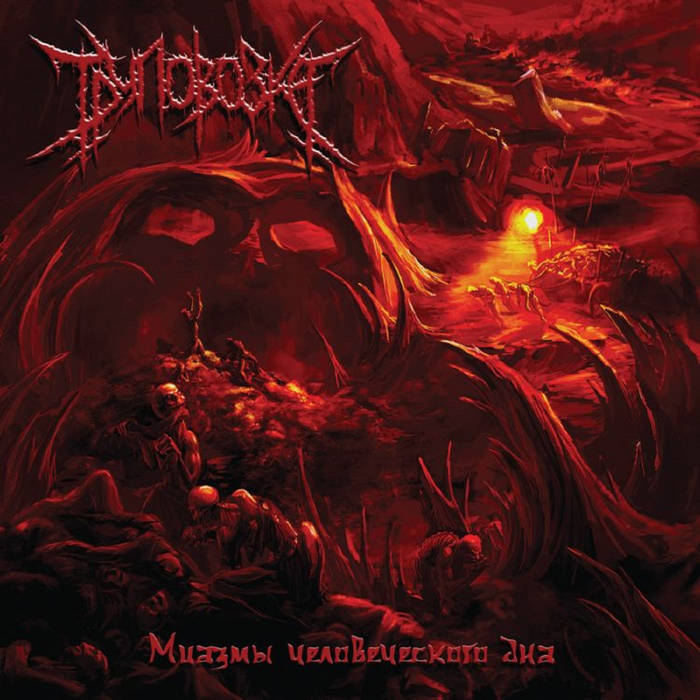 This album of Russian death metallers was released recently but contains songs that were ready to be launched in 2010. It is a very ordinary album, not much surprising (if you are just a little into death metal then you surely have already heard similar albums to this one) but the band`s death metal is decent and certainly brutal. They bring with music a bit catchy grind rhythms and good variety of guitar solos. I think their songs are in the vein of death/grind. Surely it is not only death metal oriented album. The vocals are mainly in style of guttural-growls with pig squeals (domestic animal that you kill and eat) that singer contribute to his vocals. Tracks are usually very fast or very heavy - a bit like in slam death metal, however, not that much. The band tries to have some easily digestible arrangements in songs, not only rush for extremity all the time, which, however is important factor in their music. In this way, there are quite a few songs in this album with severe brutality, in which the band plays fast, lively songs but also has some accessible riffs so that the listener can better get into the music. My favourite track off the album is Падай На Колени ​(sixth one on the track list) but it`s not the album I`ll remember for something special.
​The studio production is also decent which all together bring regular, day to day basis death metal songs.
​Tracklist: