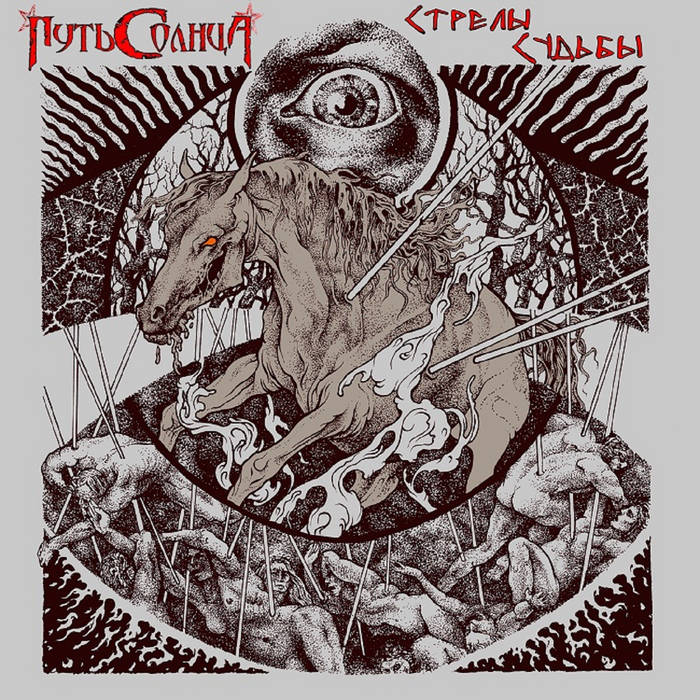 I do not know how much people heard about this band outside Russia (it is always kind of difficult to remember the band`s name if certain countries use their original language), but I am sure, that at least in Russia, many thrash metal maniacs know the band already, and my words are proof that not only in that country. Maybe it`s a good idea to start off this review from the second disc that is included to this release. It`s entitled “Molot Vremeni” and those are 6 tracks where Путь Солнца covers songs of other bands, but their names are kept secret on booklet of the CD, so you have actually to listen to the music and find out what bands they covered here, which I think is fun thing to do.

Naturally, the main attraction of the album is a first disc, which are original compositions of Путь Солнца, with some exceptions (just read on...). Once songs heard, I have to give the band respect and write that their music and album production sound professional. This part of the album consists of 8 songs with  quality sound.

A vocalist of Путь Солнца is singing aggressively, brutally, yet melodically, which stylistically is what singers do in thrash and hard core. Musically it`s thrash metal record, but surely with some punk/hard core influences going on.
In many tracks, they also have vocal shouts and super melodic, team chants (something you could heard on football stadiums or "wet" parties). I pretty like it when they do it on the album. I like selective production of the record, by which rhythms section sounds very solid and power up the execution of music.
There are many fine songs on the disc. Fast, speedy shreds, melodic songs like Я Вызываю Огонь На Себя, Будь С Нами 2020 and Лепрекон - this one starts off with very cool, folky moment. On the other hand, track like Гулять Будем is a very heavy groove thrash metal offering and they are good at it too! They perform some rhythm driven or based on guitar chords riffs, which is always good to hear in thrash metal, which strengthen the skeleton of songs. As I wrote before, the feel of hard core also can be traced in songs, which are tracks like Заводи Мотор (in memory of Lemmy, so it`s a bit rock`n`roll also) and К Чёрту (Бригада С cover), which is the track that features mouth harmonica and very enjoyable vocals, when sometimes no words are needed to sing along with them. Of course, the band ,in general sticks to thrash metal formula, and they did not discover new America here, however some musical influences from Testament, Anthrax, or Polish Necrophobic (RIP) are good addition to somehow, original style of this Russian band.I think, they are different from other bands, mainly because of vocals sung in their native language, and that`s good, it`s hard to confuse them with other bands, though

The composition that I like the most is opening track Я Вызываю Огонь На Себя, although I urge you to listen to the whole album plus bonus disc where they will thrash you up hard core style.
​Tracklist: