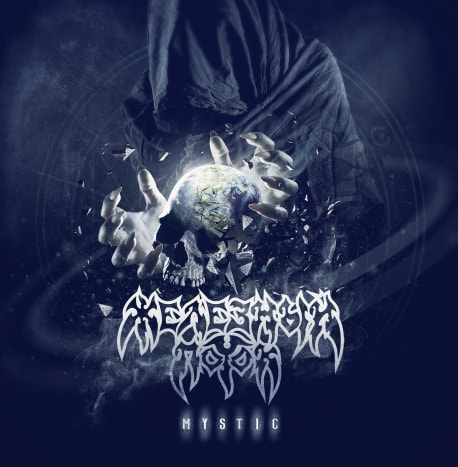 ​According to metal archives, the album has been originally released in 2018 with Russian lyrics. Surely, it`s been appreciated by native fans of this Moscow based band. Now, Mystic has been released worldwide with English lyrics by Defense Records. I am really GLAD that this happened, otherwise, I would probably have never heard about this awesome band. Mystic is already a sixth album from them since 1991. Железный Поток (The Iron Flood – name was taken from a novel of Alexander Serafimovich which is referred to Russian civil war). The band was formed in 1988, so they surely remember a glorious time of thrash metal from that era. Certainly, this album is a modern reminiscence of those times.

Mystic is a heavy inspired by Bay Area thrash. Track Punishing Sword has almost rearranged riffs from last Metallica album, off the song like Hardwired...You know what, I would not worry about that at all. All music in this album sound fresh. Songs are dynamic no matter of pace.  Technical arrangements of songs are top notch, music ideas are flourishing, energetic, and band plays spectacular guitar solos. There is aggression in tracks, melody, many tempo changes, guitar harmonies; simply, the album is a shrine of band`s creativity.  The vocals are sung aggressively, though a bit stiffly, without much melodic lines that would be right here. That does not change my opinion about Mystic, which is a high quality album. The names of other bands come to mind when listening to their songs; Megadeth, Annihilator, Forbidden, Whorehouse. I need to emphasize that beyond those influences Железный Поток is a band that works out their music on solid thrash metal foundations. I do not get impression that I heard everything in this album before. I certainly do not. Yes, some of their riffs sounds very familiar. When so, it just recall the good times of thrash metal that I have experienced  and memorized in my head through process of listening to thrash metal albums, over the course of 30 plus years. Mystic brings me a good feeling of those past times, in the present era. I guess, this is what your favorite music should be about...

​A musicianship they brought with their songs in this album is incredibly good. I even do not want to point out best songs from the album because entire record is too good and I would not want to miss anything from it.
I am pleased that Железный Поток joins, with a bang, to my other favourite thrash metal bands from Russia like Eryx, Импакт...
​Tracklist: